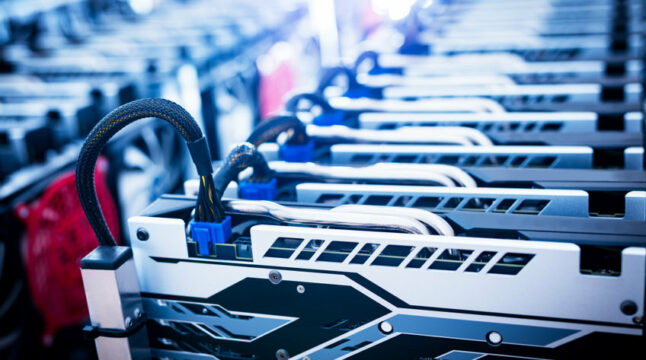 Why is Canaan Expanding BTC Mining in Energy-Troubled Kazakhstan?

Canaan. Inc, a Chinese mining hardware maker, is set to extend its footprint in Kazakhstan. The company announced that it had entered new strategic alliances with local mining companies in the central Asian country. The collaboration sees the application-specific integrated circuit (ASIC) manufacturer continue its business expansion outside China.

Chinese authorities continued their hostility towards the crypto industry and mining in particular last year. Beijing cracked down on the mining sub-sector with claims that it is attempting to become carbon-neutral. Consequently, the region has banned mining activity due to environmental concerns.

At the same time, Bitcoin mining may not be as detrimental to the environment as claimed when compared to the traditional banking industry. This has led to more companies like Canaan looking to set up and expand their operations in other crypto-friendly territories.

This hostility has caused a positive development as the previously centralized mining industry has become increasingly decentralized. Previously, the country accounted for over 75% of global miners. The numbers have since plummeted, with companies within the subsector moving and expanding their base of operations in other crypto-friendly countries.

Kazakhstan has emerged as a suitable destination for Chinese miners in particular. Its proximity, cheap electricity and already existing mining activities made it a top choice for migrating companies.

The central Asian country experienced tremendous growth in its mining operations in 2021. According to the Cambridge Bitcoin Electricity Consumption Index (CBECI), Kazakhstan ranks second in the global BTC mining hash rate distribution. It accounts for 18% behind the US (34%) and ahead of Russia (11%).

The data shows that Kazakhstan has benefitted highly from the mining crackdown in China. However, the mining boom faces challenges that may cause these migrating companies to look elsewhere.

The nascent mining boom in Kazakhstan has fizzled as the country faces power supply strains. The country has struggled to keep up with the energy demands for Bitcoin mining in the wake of its increased popularity.

Power shortages in the Central Asian country led the government to impose severe restrictions on the energy-intensive industry. The new regulations eliminated one of the cheapest sites to mine the digital asset. Even as Bitcoin’s price surge in 2021 made the activity more profitable.

In October, Kazakhstan suffered an electrical shortage after the country’s largest power station had to shut down two units for repairs. Over 1,000 megawatts, or around 5% of the country’s power supply, was disrupted as electricity demand rose.

Authorities and industry experts also blamed electricity shortages on the increase in grey miners — organizations that operate illegally. According to the energy ministry, illegal activities siphon 1200MW of electricity from the power grid, twice as much as the registered “white miners.”

The situation has led to many mining operations in Kazakhstan shutting down as they see little potential for growth. This makes Canaan’s continued expansion in the country somewhat baffling.

Canaan’s new agreement for expansion may be hinged on the Kazakhstan government seeking intervention from Russia.  The country held talks with a Moscow based energy company Inter RAO to help bolster the energy supply.  In November, Russia’s Deputy prime minister announced that the energy company would supply power to its neighbors, but at a cost.

The government intervention and other mining companies leaving, may make Kazakhstan suitable for Canaan’s operations. The Nasdaq-listed company has completed the initial phase of its deployment with 10,300 AvalonMiner units installed already.

With the company witnessing stellar growth in 2021, it is well-positioned to see through its expansion plans.

Do you see Canaan’s expansion being profitable despite the power shortage challenge in Kazakhstan? Let us know in the comments below.