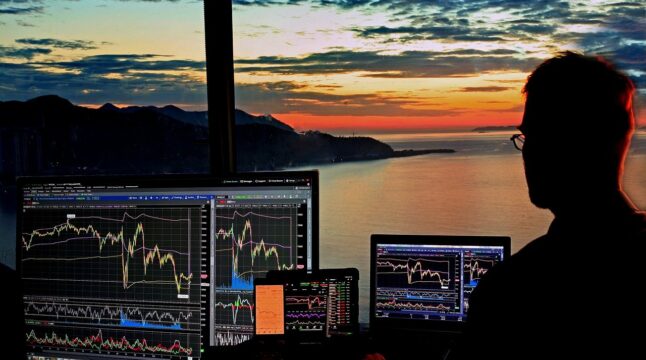 With Bitcoin struggling below $50k, some whales are accumulating stablecoins, arguably preparing for an upcoming crash.

CryptoQuant’s stablecoins index shows that the total redeemed supply of all stablecoins reached an all-time high of just over $5 billion last week. This could be an indication that some whales are cashing out and arguably preparing for an upcoming crypto crash.

Whales Are Accumulating Stablecoins As BTC Struggles Below $50k

Data acquired from CryptoQuant, a community-driven blockchain analytics platform, reveals that the redeemed supply of all stablecoins surpassed the $5 billion mark on December 10. This suggests that some whales have been accumulating stablecoins.

Commenting on this, CryptoQuant’s Dan Lim said whales might be cashing out as a result of the upcoming Federal Open Market Committee (FOMC) meeting — which will take place on December 16. The US Federal Reserve is expected to speed up its tapering program and signal that it aims to start hiking interest rates in 2022 in the meeting. Lim said:

“Not sure if the whales are chasing out ahead of the market’s volatility in response to the December 16th FOMC announcement, but that’s also one of the uncertainties. So far, we still are careful until some uncertainties will be resolved.”

However, it is worth noting that whales have not necessarily been selling Bitcoin. On December 10, the day stablecoin redeemed value reached a new ATH, BTC fluctuated between $47.5k to $49.8k. Bitcoin even reached an intraday high of around $50,800 on Sunday, before plunging to as low as $48.6k earlier today.

At the time of writing, BTC is trading at around $49k, down by more than 1% over the past 24 hours. The flagship cryptocurrency is deemed to be on thin ice as it has been hovering around the $48,376 support level for more than a week and its run-up during the weekend failed to deliver significant gains.

If bears manage to shatter the $48,376 demand barrier, BTC could witness a steep sell-off and plummet all the way to $40k. If BTC drops to $40k, there is a chance that it will resume its downward movement.

As stablecoin adoption grows, the National Unity Government (NUG), Myanmar’s shadow government, which is led by the supporters of the country’s ousted leader Aung San Suu Kyi, has recognized Tether as an official currency. Reportedly, the group aims to use USDT to raise funds for a campaign to overturn the military regime.

In a Facebook post written in the Mayan language, NUG Finance Minister Tin Tun Naing said they accept Tether for “domestic use to make it easy and speed up the current trade, services, and payment systems.”

The parallel government’s cryptocurrency adoption highlights its opposition against the Central Bank of Myanmar and the controlling government, which view all forms of digital assets as illegal. According to a crypto ban approved in May 2020, crypto users are even subject to imprisonment and fines.

The move comes at a time when the US Congress has summoned six cryptocurrency companies to testify before the House Financial Services Committee. Legislators have already asked crypto veterans questions regarding numerous aspects of the industry, including stablecoins.

In mid-July, Treasury Secretary Janet Yellen said stablecoins should be “quickly” regulated. While Yellen has been historically quite aggressive towards stablecoins, she has been adopting a more friendly stance recently.

Last month, Yellen said that stablecoins are “well-designed and subject to appropriate oversight,” adding that they have the “potential to support beneficial payments options.” Though she warned that the absence of regulation was a problem.

“Current oversight is inconsistent and fragmented, with some stablecoins effectively falling outside the regulatory perimeter,” she said.

Do you think Bitcoin would crash to $40k before the year-end? Let us know in the comments below.