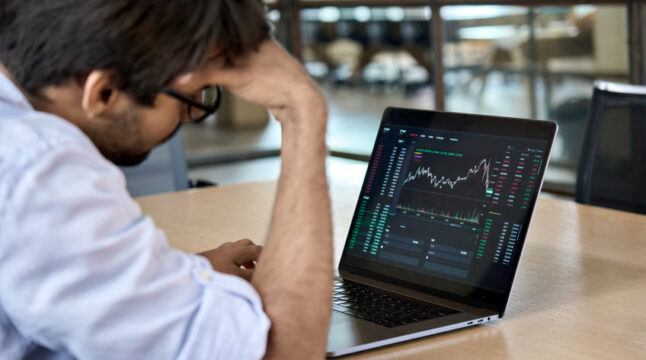 Bitcoin closed in the red for seven consecutive weeks for the first time ever, as the wider crypto market remains turbulent after the historic crash of the Terra ecosystem. Additionally, sky-high inflation and the Fed’s hawkish response have led to all markets experiencing fear, uncertainty, and doubt about the future with some fearing a recession could be on the cards as well.

However, on-chain data shows that some institutions have used the crash as an opportunity to accumulate more Bitcoin.

Institutional Investors Buy the Dip as Bitcoin Remains in Red

The crypto market has been hammered recently, losing more than $500 billion in market cap in a couple of days. The rout apparently bottomed last week when the cumulative crypto market reached $1.137 trillion, a level not seen since the crypto crash in mid-2021.

Meanwhile, some investors took the decline in the prices of cryptocurrencies as a buying opportunity. According to a recent report by CoinShares, digital asset investment products saw a record weekly inflow of around $274 million last week.

The report noted that Bitcoin profited the most from inflows, attracting around $300 million in investment. This could imply that investors were turning to Bitcoin due to its relative safety as the uncertainty across the market escalated.

On the other hand, Ethereum, the second-largest cryptocurrency, saw outflows totaling $27 million last week. “This has been a steady trickle out this year with outflows now reaching US$236m, representing a substantial 2.6% of total AuM,” the report added.

Notably, Terra’s decentralized stablecoin UST, which is placed at the epicenter of this recent price correction, lost 99% of its assets under management (AuM) over the week as investors chose to exit. Despite this, some investors added $0.043 million to their positions.

The surge in investment came after Bitcoin made history by recording seven consecutive red weekly candles. According to crypto veteran Lark Davis, the previous record was six weeks registered back in 2014.

Young Ju claimed that market makers, including the ones hired by the LUNA Guard Foundation (LGF), already sent 84k BTC (worth around $2.5 billion) to multiple exchanges last week. While the selling might not be finished, it is highly likely that institutions have accumulated those coins since Coinbase digested the majority of the selling pressure, he said.

“If you see the BTC-USD order book heatmap for Coinbase, it’s pretty thick bid walls since the latest bear market in May 2021. I think institutions tried to stack BTC from $30k but had to rebuild the bid walls at $25k due to the unexpected LFG selling.”

As of now, Bitcoin is trading around the $30,000 mark, down by merely 1% over the past 24 hours. Ethereum has also managed to trim some of its losses and is currently trading at over $2,000, down by around 2% over the past day. Aside from LUNA and UST, the broader crypto market has partially recovered from the recent crash.

Do you think Bitcoin would ever touch $20,000 again? Let us know in the comments below.