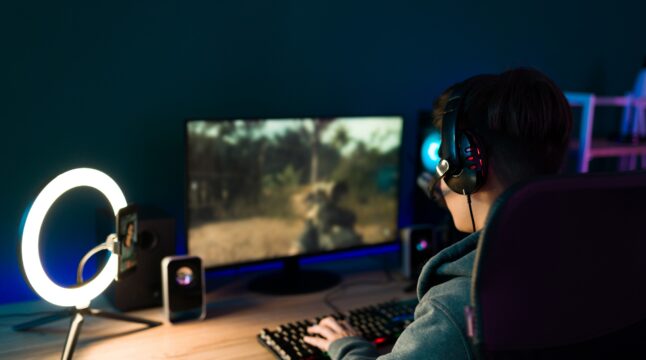 Metaverse Game Studios announced today it picked the Ethereum-based Web3 platform to build its upcoming RPG title Angelic. The team behind the game is comprised of industry veterans that previously worked on releases like Diablo Immortal, Destiny, and Far Cry.

According to the announcement, Metaverse Game Studios is building a creating a AAA narrative RPG set in a dark sci-fi setting. The company is hoping to cater to Web2 and Web3 crowds by bringing high-definition visuals on Unreal Engine 5 and seamlessly integrating them with blockchain-based ownership of digital collectibles.

The developers say picked ImmutableX due to their aligning values and the proven capability of the platform to bring “fast, secure, and gas-free minting and an uninterrupted, quality gaming experience.” ImmutableX already has a number of well-known Web3 games under its belt like Gods Unchained and Illuvium and has partnered with GameStop in its effort to create an NFT marketplace.

It is great to see prominent AAA-level gaming companies such as Metaverse Games Studios actively embrace digital ownership and player-led gaming models. We are thrilled to offer the full suite of ImmutableX’s tools and solutions and collaborate with their team to deliver the fairest, most inclusive, and innovative Web3 experience possible to all Angelic players.

Angelic, which went through a successful seeding round worth $10 million in March 2022, is planning a limited alpha for selected players in Q1 of 2023, and a full release in the second quarter of the same year.

Web3 Gaming on the Rise

Despite the ongoing “crypto winter” which saw the market cap of digital assets drop by $2 trillion in a year, Web3 gaming appears to be increasingly popular. According to a report from September, crypto gaming accounted for 59% of all gaming investments made in the second quarter of 2022.

Web3 gaming is also proving increasingly popular among established companies. Microsoft, the tech giant behind the Xbox home console, recently backed a Web3 game developer called Wemade in a $46 million funding round. Bill Gates’ company is also currently embroiled in an acquisition of Activision-Blizzard—the largest in the history of the industry—and is intending to fight FTC’s plan to contest the purchase.

Sony, another major firm known for its home console, is also reportedly looking into NFTs. Allegedly, a recently-published patent held by the company could help Sony track the creation, use, and transfer of digital assets created within a game. However, it is important to note that the firm’s plans for non-fungible tokens aren’t entirely certain as the patent was registered back in 2021 when the NFT craze was at its height.

Are you looking forward to the release of Angelic? Let us know in the comments below.