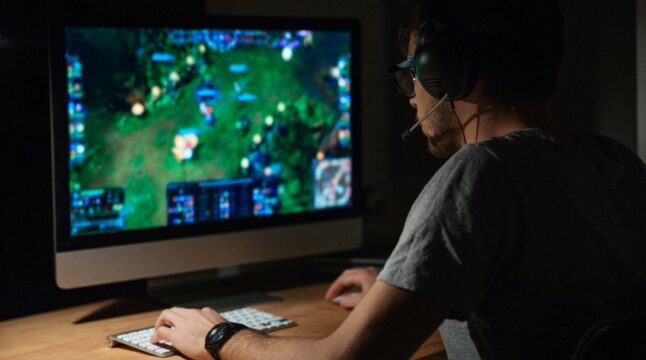 Despite the general valuation decline in the crypto gaming sector for 2022, investor interests have remained strong.

The crypto downturn has severely impacted general interest levels within the digital asset sector. However, a closer inspection reveals that investors and venture capitalists continue to seize the day as investments in specific crypto sub-sectors remain strong.

According to a Delphi digital report, investor interest within the crypto gaming subsector has remained strong despite the fall in total worth. The chart above shows that the number of deals and their corresponding values have continued on an upward trajectory in 2022. Although deals’ value suffered a decline. The data mirrors the sentiments of Binance’s CEO Changpeng Zhao, who said his company would double down on investments in the bear market. Coincidentally, Binance also invested in the crypto gaming sector in the first quarter of 2022.

While investor investments continue to grow, a report released by Dapp Radar suggests the gaming sector remains essential to the blockchain industry. The numbers for August showed that the sub-sector accounts for approximately 50.51% of blockchain usage month-over-month (MoM). It recorded 47,230 daily Unique Active Wallets and $698 million in transactions.

Although the data strongly indicates that the sector is thriving, it is down from the previous month. As seen above, the gaming sector declined by about 6% from the numbers recorded in July. Nonetheless, the current figures still represent a good value for the industry.

Although the gaming industry’s current numbers are good, it is a far cry from what was recorded before the market downturn. The decline of the subsector can be seen in the downfall of Axie Infinity, once the most prominent game in the industry.

Axie Infinity is an online game where players duel by pitting a trio of collectible avatars against each other. The summer of 2021 saw Axie infinity reach mainstream attention as the GameFi mania swept across the crypto sphere. The play-to-earn (P2E) feature of the game, which allowed users to earn real money while playing the game, saw its appeal skyrocket. In the Philippines, the popularity of Axie infinity was such that an estimated $36.9 million was remitted back to the southeast Asian country.

Nearly a year from its peak, a combination of several factors has contributed to the sudden decline of Axie infinity. The game’s ingrained power structures and long-term economic viability has raised broader questions over the promise of P2E’s potential. This, combined with a $600 million hack on the games Ronin sidechain amidst the wider crypto market slump, saw gamers lose confidence. The current crypto winter is another undeniable factor that must have weighed in.

As a result, Axie Infinity has recorded a significant decline in active players. It currently has fewer than 750,000 active players after reaching a peak of over 2.7 million in January 2021. Similarly, as the game’s popularity grew, so did the value of its governance token AXS. The chart above shows that AXS recorded a steep increase in value over the summer of 2021 before peaking at $162 in November. Since then, it has plummeted to slightly above $13, representing a 91% decline.

In a nutshell, Axie Infinity’s meteoric rise and corresponding decline depict the overall trend of the GameFi industry. Active users have reduced, and the values of most crypto game tokens have all plummeted significantly. However, investment in the space continues unabated. This clearly shows that investors may be betting on the future of crypto gaming beyond the initial frenzy.

Do you think Crypto gaming will make a significant comeback in the future, with the investments pouring into the subsector? Let us know your thoughts in the comments below.