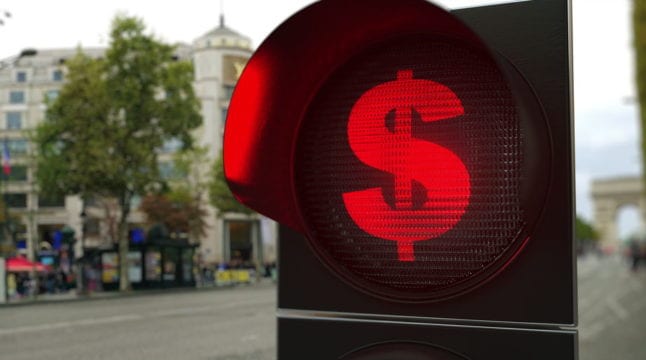 The US dollar has hit a significant low while Bitcoin just broke an all-time high. Will the USD recover as other assets flourish?

The US dollar is experiencing a tumultuous period, and has hit a particularly bad patch this week. It appears there is still a lot of uncertainty surrounding the currency. At the same time, other markets are showing tentative signs of recovery, particularly cryptocurrencies.

When Will the USD Stop Falling?

In a nutshell, the US dollar is at its lowest value in two and a half years. Both the Euro and Great British Pound have gained, with the latter reaching a 1-year high. The dollar’s uncertainty is partly the result of rumors surrounding a second stimulus package, which is yet to be decided on.

Other developments are also factoring in strongly, most notably the pandemic. The US recorded another 100,000+ cases on December 4 — a staggering reminder that the fight is far from over. Pfizer is also facing supply chain issues, resulting in a 50% cut in vaccine distribution.

The US Dollar Index has also dropped about 0.5% to 90.64, the lowest since April 2018. And none of the above developments are going to strengthen it. It will, in turn, will contribute to inflation, which is already a significant concern for investors. The forex market—both investors and popular forex brokers—are likely to remain weary of the US dollar.

It’s not all doom and gloom if the US dollar drops. This results in a lower price for US exports, which could make US goods more competitive. So there’s a bit of give and take. The question is not how can the dollar gain, but where the dollar will be in the short-term.

This will depend largely on what the US Congress, the Biden administration, and the Federal Reserve do. Either way, it’s not an apocalyptic event for the dollar. These actions, however, will set the tone for the next few years.

In the near term, the second stimulus package will be the biggest decider of the dollar’s value. This is at least what we can glean from the impact of the first stimulus package on the US dollar. But we cannot be certain when this will be ratified. Following that, fiscal policies will determine the direction of the dollar.

The major concern here is inflation. Can the US government keep inflation from getting out of hand? Many would rather not take that chance, which is why they’ve turned to an asset like Bitcoin.

Amidst the weakening of the US dollar, we have a remarkable rally by Bitcoin. The asset is tantalizingly close to breaking the $20,000 resistance level, as multiple institutional investors arrive.

Cryptocurrency enthusiasts will take any sign of a depreciation in the US dollar as a positive for Bitcoin. One of the reasons investors have joined the market is because they believe it’s a good hedge against traditional markets.

This is a reasonable assumption, especially given the fact that Federal Reserve actions and fiscal policies aggravate inflation anxieties. Bitcoin was started with precisely such concerns in mind, with the cryptocurrency’s original block subtly referencing bank bailouts.

Both retail and institutional investors have welcomed Bitcoin to protect their funds, but it’s retail investors that are pivotal here. The move to Bitcoin is a sign of a loss of trust in traditional assets. A weakening dollar will only exacerbate that mistrust.

Having said that, Bitcoin remains a volatile asset, and it is simply a way to diversify. No rational investor would discount the US dollar, which remains the strongest currency in the world. Instead, the recent devaluation of the dollar is a reminder of an overarching change in global economics.

Investors will closely watch the incoming Biden administration’s economic policies. They will expect the new government to stabilize the economy amid the pandemic, but that’s a demanding challenge.

The dollar is unquestioningly facing a difficult moment, just like the general US economy. Recovery is not as straightforward as it seems, with there likely to be many ups and downs even the next year. The extent of the damage wrought by the coronavirus is yet to be fully estimated.

It’s not all pessimistic; the dollar will undoubtedly recover — while some champion a US dollar CBDC for economic growth. But it is definitely in one of its weaker moments. This will make investors reconsider their positions and benefit other asset classes, most notably cryptocurrencies and Bitcoin.

What do you make of the dollar’s low? Do you expect to recover in the near term? Let us know what you think in the comments below.

BIS Concerned as FX Swap Debt Swells Up to $80T