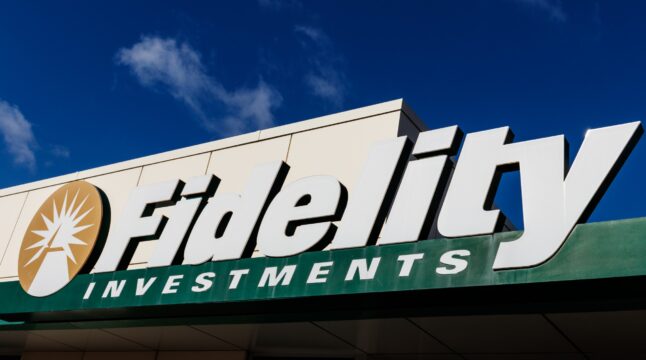 Three US Senators just urged Fidelity to remove Bitcoin from its pension plans for the third time in 2022.

Three US Senators sent a letter addressed to Abigail Johnson, the CEO of Fidelity Investments urging her to reconsider the inclusion of Bitcoin into her company’s 401(k) plans. One of the main reasons cited for the request is the recent collapse of FTX.

US Senators Urge Fidelity to Remove Bitcoin From Pension Plans

US Senators Richard (Dick) Durbin, Elizabeth Warren, and Tina Smith sent a letter to Fidelity on Monday, November 21st, urging Fidelity to reconsider its exposure to cryptocurrencies. Their primary concern is with Fidelity’s inclusion of Bitcoin into some of its 401(k) pension plans.

In light of the recent stunning events in the digital asset market, we write today as a follow-up to our previous letter sent on July 26, 2022. Once again, we strongly urge Fidelity Investments to reconsider its decision to allow 401(k) plan sponsors to expose plan participants to Bitcoin. Since our previous letter, the digital asset industry has only grown more volatile, tumultuous, and chaotic—all features of an asset class no plan sponsor or person saving for retirement should want to go anywhere near.

The Senators focus on the recent implosion of FTX and the subsequent shockwaves it sent throughout the sector. The letter also makes mention of the collapse in Bitcoin’s value seen throughout 2022 but specifically cites the first cryptocurrency’s July value of $21,000 and compares it to November’s price of just under $17,000. The three Senators conclude the letter by comparing digital assets exposure to trying to capture lightning in a bottle:

Any investment strategy based on catching lightning in a bottle, or motivated by the fear of missing out, is doomed to fail.

A Brief History of Fidelity and Cryptocurrencies

Fidelity has been maintaining an active interest in cryptocurrencies since at least 2014 and in 2019 it launched its very first cryptocurrency custody service. Over the next few years, the company increased the pace of adding new digital asset-focused services. In 2021, its Canadian spot BTC EFT saw nearly $2 million in trading volume on its launch day.

The company has also been maintaining a quick pace throughout 2022. In the second half of the year, it turned its attention to retail investors. In September, it was reportedly considering offering Bitcoin to its 34 million retail customers. In early November, it started slowly rolling out commission-free cryptocurrency trading in numerous states across the US.

The contentious 401(k) plans saw their launch in April 2022, and the same three Senators penning today’s letter have been trying to convince it to discontinue the practice. Senators Durbin, Warren, and Smith wrote to Fidelity twice before November. They urged the company to reconsider cryptocurrency exposure first and May, and then again in late July.

Do you think Fidelity should reduce its exposure to crypto? Let us know in the comments below.