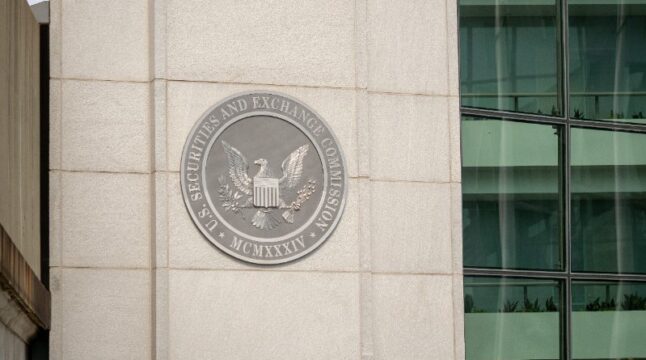 Rep. Tom Emmer continues to spotlight the SEC as a rogue agency.

Emmer’s interest in SEC’s behavior is further spurred by serving on the House Committee on Financial Services.

What Did Emmer Fault the SEC?

Addressing Pandora’s box when OFAC sanctioned Tornado Cash, an open-source protocol that ensures financial privacy, Emmer pointed out that the SEC is transforming its regulatory mission into a “shakedown authority”. Specifically, that the SEC is abusing its subpoena power to intimidate crypto firms, even those that shouldn’t be under the agency’s oversight.

Due to the lack of legislative framework, the SEC, led by Gary Gensler, has gained a reputation for filling the legislative void by diktat. Even more so, its deceitful push to invite blockchain firms for a “talk”, only to later hit them with sanctions that are not applied universally. Brian Armstrong, the CEO of Coinbase, described this behavior as “really sketchy” last September when the SEC designated Coinbase’ lending program as security.

Armstrong described this situation as the SEC engaging in intimidation tactics behind closed doors, while simultaneously refusing to provide written guidelines. In July, Rep. Emmer confirmed this when he probed the SEC Director of Enforcement to the point of admission that the agency is stepping outside its purview.

During CoinDesk’s appearance, Emmer implied that this behavior is likely to continue until proper crypto legislation goes through. Unfortunately for those seeking clear rules, this is not likely to happen this year with only 27 legislative days left.

As with all bureaucrats, the more oversight they have, the larger their budgets. And if there is a legislative void, bureaucrats tend to fill it with rules of their own. In organizational theory, this is a well-explored theme. Martin Schulz, from the University of Washington, noted this phenomenon in his study on the “Limits to Bureaucratic Growth”.

“Organizations create rules when they encounter new problems that do not seem to be covered by existing rules and when these problems are fairly recurrent, consequential, or salient.”

Another problematic layer occurs when they interpret non-problems as problems. In the case of the SEC, this appears to stem from intergovernmental turf wars. Case in point, if the SEC were to interpret all cryptocurrencies except Bitcoin as securities, it would gain sway over the Commodity Futures Trading Commission (CFTC), which is in charge of regulating commodities.

The latest bill in the opposite direction dubbed the Digital Commodities Consumer Protection Act of 2022 would put CFTC at the front and center. By registering brokers, custodians, and exchanges with CFTC, there would no longer be state-by-state ambiguity. Moreover, the bill could define other cryptocurrencies, outside of Bitcoin and Ethereum, as commodities depending on their state of decentralization.

Do you trust the SEC? Let us know in the comments below.