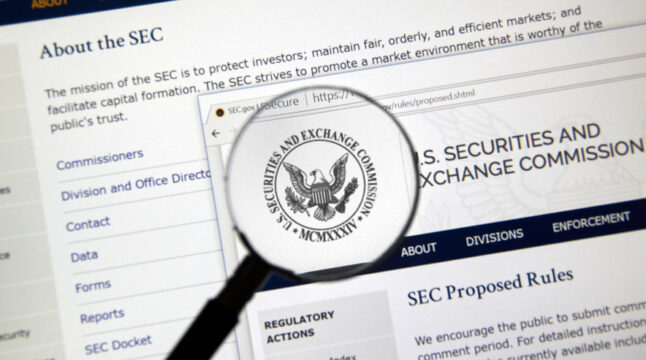 The bipartisan letter expresses concern that Gary Gensler’s scrutiny of crypto firms could be "stifling innovation" in the US.

Minnesota Representative Tom Emmer, along with seven of his colleagues, has sent a letter to SEC Chair Gary Gensler questioning the regulatory body’s targeted approach towards crypto firms. The letter, citing the Paperwork Reduction Act (1980), declares that federal agencies should not overwhelm private businesses and citizens with unnecessary or duplicative requests for information.

The bipartisan letter claims that the United States Securities and Exchange Commission (SEC) might be drowning crypto companies in paperwork in contravention of the regulatory body’s stated aims. It also voices concern that an “overburdensome” investigation could be “stifling innovation” in the US.

The letter was put forward by US Congressman Tom Emmer, who has become a popular figure inside the crypto community known for his stance against crypto bans and other stiff regulations. Emmer is also chair of the Congressional Blockchain Caucus, a bipartisan group of US representatives that promote the future of blockchain technology.

Emmer said in a Twitter post that his office has received many complaints regarding the SEC’s requests for information. He tweeted to his 51,000 followers:

“My office has received numerous tips from crypto and blockchain firms that SEC Chair GaryGensler’s information reporting “requests” to the crypto community are overburdensome, don’t feel particularly… voluntary… and are stifling innovation.”

More specifically, the letter accuses the SEC of misusing its authority. It also points out that the regulatory body could be violating the Paperwork Reduction Act (PRA), a law governing how federal agencies collect information from the public.

“It appears there has been a recent trend towards employing the Enforcement Division’s investigative functions to gather information from unregulated cryptocurrency and blockchain industry participants in a manner inconsistent with the Commission’s standards for initiating investigations.”

Notably, the move comes just a week after US President Joe Biden signed a much-anticipated executive order, tasking federal agencies to coordinate their approach to crypto oversight. The order, which was described as “benign” by analysts, pledged to promote responsible innovation.

When Gensler was confirmed as chairman of the SEC last year, there was much optimism. Particularly, since Gensler had taught classes on blockchain and cryptocurrencies as a professor at the MIT Sloan School of Management, the crypto community expected him to support innovation and avoid excessive regulation.

In a confirmation hearing before the Senate Banking Committee, he even called crypto a “catalyst for change,” pledging that he would promote innovation while ensuring consumer protection.

However, in August, Gensler wrote a letter to Senator Elizabeth Warren, a prominent crypto critic, asking for more authority to regulate the crypto industry. He said that “regulators would benefit from additional plenary authority to write rules for and attach guardrails to crypto trading and lending,” asking for authority to go after exchanges and even DeFi platforms.

A report by Bloomberg in late 2021 claimed that Gensler had lobbied Yellen and other representatives in a bid to convince the Treasury Department to grant the SEC authority over stablecoins. “Gensler pushed to clarify the SEC has existing powers to oversee tokens when they’re involved in investment transactions,” Bloomberg said.

“The aggression and the effort of the SEC under Gary Gensler to make a regulatory land grab that all things crypto must end up at the doorstep of the SEC seems to be the modus operandi.”

Nevertheless, with the recent letter, crypto firms are now hoping that they would face less scrutiny from the SEC.

Moreover, Collins Belton, managing partner at Brookwood, claimed that the letter “will not paint the commission in a good light.” He added that following the SEC’s answers to the letter, the public “will see just how absurdly broad some of these requests have been.”

How do you think this letter will affect the SEC-Ripple motions? Let us know in the comments below.