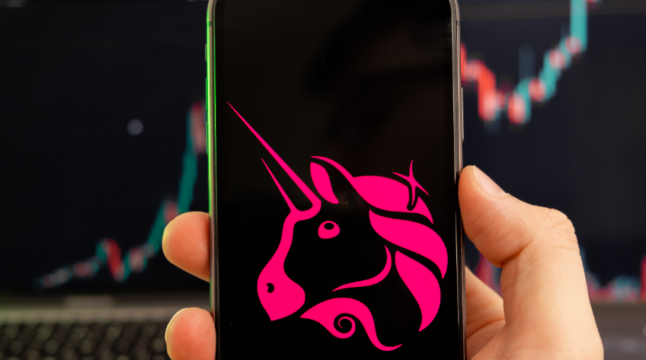 Uniswap Labs is talking to investors to organize another funding round of more than $100 million as the DeFi protocol looks to expand its offerings.

Uniswap Labs started talks with investors to organize another funding round of $100 million to $200 million, according to TechCrunch. A new funding round of that size would value the owner of the DeFi protocol at about $1 billion, TechCrunch’s sources said.

Another Funding Round Would Value Uniswap at $1B

Uniswap Labs, the parent firm of the decentralized exchange (DEX) Uniswap, is looking to raise $100 to $200 million in new funding round, TechCrunch reports. A fresh injection of funds would take Uniswap Labs’ valuation to about $1 billion, according to the report.

To organize new financing round, the startup has started early talks with several investors including Polychain and a Singapore-based sovereign fund. Given that the discussions are still not in advanced stages, the deal could change in the future, the report adds.

The move underlines Uniswap’s commitment to broadening its offerings. The decentralized exchange, which controls about 64% of total DEX volumes, has hinted at launching “several new products” in the recent period.

One of the new initiatives is Uniswap’s plan to allow users to trade non-fungible tokens (NFTs) on Uniswap through several marketplaces, according to Mary-Catherine Lader, COO of Uniswap Labs. The startup is on a mission “to unlock universal ownership and exchange,” said Lader.

“If you can embed the ability to swap value and have people join the community and exchange value with your project, or your company or organization — that’s a powerful way to allow more people to engage in this ownership.”

Uniswap’s plans to secure new funding come more than two years after the startup raised $11 million in a Series A funding round led by Andreessen Horowitz. Other investors who participated in the round include USV, Paradigm, Version One, Variant, Parafi Capital, SV Angel, and A.Capital.

Since then, the DeFi protocol has seen exponential growth, with liquidity providers accumulating more than $920 million in trading fees since its inception. This makes Uniswap one of the highest-generating DeFi protocols and a looming threat to centralized finance (CeFi), with its native token sitting at a $5 billion market cap in the midst of crypto winter.

Last week, Uniswap Foundation, an independent entity focused on supporting the startup’s ecosystem, announced the first wave of grants totaling $1.8 million. The single-biggest recipient of the grants was Uniswap Diamond, which is set to secure $808,725 across 3 disbursements.

Do you think the rapid growth of DeFi services could pose a serious threat to centralized services? Let us know in the comments below.