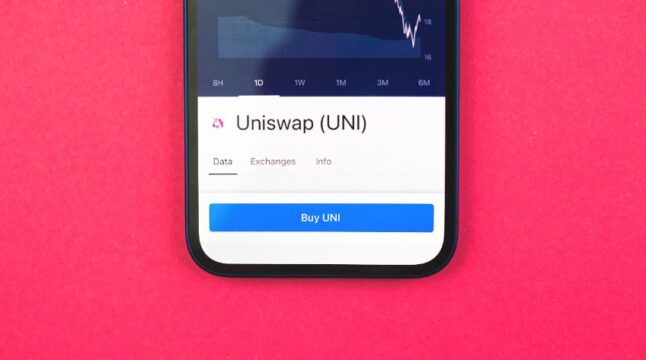 How Uniswap Remained Defiant as CeFi Fell, and Where it’s Heading Now

When all said and done, it seems like the less trust needed, lesser the fallout in crypto.

In the aftermath of crypto contagion, it is becoming clearer that the staying power of DeFi vs. CeFi is drastically different. This is best exemplified when we compare Uniswap with now bankrupt Celsius Network, as both attracted users with yields superior to traditional banking.

DeFi became popular for two key reasons. The first one stems from governance. Without having a governing body, the vulnerability generated from poor decisions is removed. The bankruptcy filing for Celsius Network showed this clearly.

In order to maintain enticing APYs between 5% to 18%, depending on the coin, Celsius ran a debt-based business model, leaving it with a $1.2 billion balance hole. In fact, Celsius relied on DeFi lending protocols to do this, as demonstrated by its obligations:

This was a last saving-measure to unlock $1.4 billion worth of collateral, largely in wrapped Bitcoin (wBTC) and staked Ethereum (stETH). The Celsius bet was simple – spur user growth by offering double-digit yields and then use their funds to collateralize for DeFi staking.

This model came to an abrupt halt when the Fed’s interest rate hikes triggered a wide market selloff. One could say it was Ponzi-like in that it required perpetual expansion of the pyramid’s bottom. Others could say that it overly relied on the supercycle theory of market expansion.

Either way, the Celsius fallout happened out of centralized decision-making. In contrast, DeFi governance is limited to platform development, which itself is largely directed by token holder voting.

The other reason why DeFi became popular is true ownership. Because users connect non-custodial wallets to DeFi platforms like Uniswap, there can never be a situation in which a couple of people at the top decide to terminate access to users’ own funds.

Notwithstanding fake airdrops, hacks, and exploits, which also happen on CeFi, DeFi vulnerability comes from the market itself. Case in point, Uniswap provides gains for its users because they become liquidity providers (LPs). Then, when traders want to tap into those liquidity pools to exchange cryptos, such as from ETH/USDC token pairs, LPs receive a cut for their decentralized service.

However, IL is mitigated by trading fees. Because the protocol is decentralized, the bulk of proceeds goes to users – liquidity providers. On Uniswap, traders pay a 0.3% fee for token swaps. Out of that 0.3%, 100% goes to LPs.

On Celsius, CEL stakeholders received 80%. Recently, Uniswap (UNI) stakeholders proposed to add another flexibility layer in the form of a “fee switch”. If this protocol charge is turned on, LPs would then receive 0.25%, but the protocol itself would go from zero generation to 0.05%, filling up its liquidity reserves.

DeFi is all about self-ownership, user decisions (which liquidity pool to use), and governance via UNI token voting. At no point were CEL token-holders directing which user funds go where and for what purpose. Instead, CEL was merely used as the platform’s discount perk.

During the crypto contagion, FTX CEO Sam Bankman-Fried became the crypto bailout king, trying to stem the bleeding so it doesn’t affect his exchange’s core business. However, when it comes to DeFi, he saw the writing on the wall early on.

In the second half of 2020, SBF transferred $1 billion worth of Uniswap funds to SushiSwap. Equivalent to a hostile takeover for blockchains, this move was a so-called “vampire mining” attack. SBF tried to topple Uniswap’s market share in favor of SushiSwap, Uniswap’s hard-forked clone.

Uniswap responded by launching its governance and utility token UNI later on, having airdropped 400 UNI into the wallets of users who interacted with the platform. After retroactively funding brand loyalty, Uniswap remains the dominant DEX at $6.39 billion TVL, while SushiSwap was delegated to the outer fringes at $737.2 million TVL.

SBF ended up taking over SushiSwap, ousting Chef Nomi after a heated exchange on Twitter. When later asked about the future of DeFi, SBF responded with the following:

“Certainly you can imagine a scenario where it could flame out back into hibernation for a while, and that could happen with a few more disasters and not much innovation.”

Two years after that statement, not only did major CeFi platforms collapse, but Uniswap has maintained a steady level of revenue for its users.

If the proposal passes, UF will be incorporated in Delaware, popular with corporations due to its expedient Court of Chancery that resolves disputes without juries.

Just like Ethereum Foundation handles the growth of Ethereum, so would UF do the same for Uniswap. Walsh asked for a $74 million worth of UNI funding program, unlocked over three years. Interestingly, the bulk of the budget, $60 million, would go to the Uniswap Grant Program (UGP), while the rest would be assigned for the team’s operating costs.

When all considered, it appears that Uniswap is successfully treading the path between DeFi and CeFi. Without incurring Celsius-like vulnerabilities, a small team can still run a lean operation, decentralized and user-oriented, while still adapting for the competitive future.

Do you think mass DeFi adoption is in the cards, given that it requires a higher level of engagement? Let us know in the comments below.