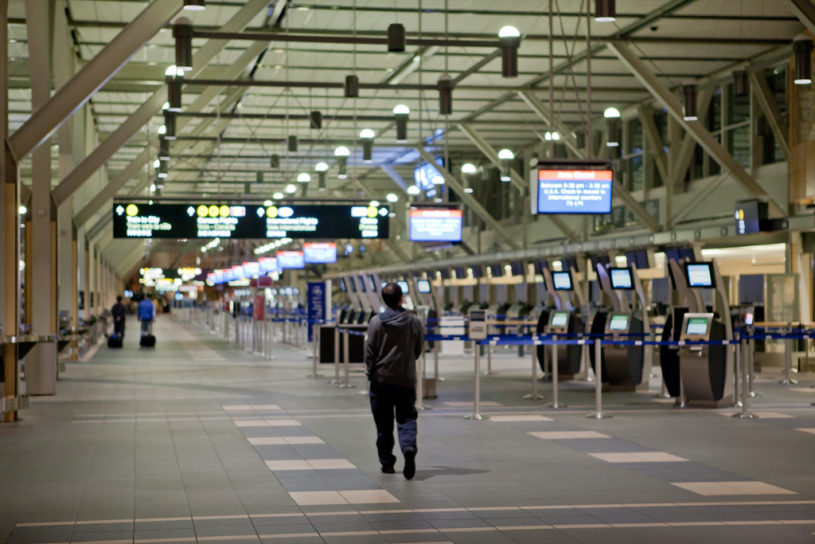 While aviation was going through a period of consistent growth for the past five years, the economic turbulence caused by the coronavirus has now brought the airline industry to a crash landing. The industry — which accounts for $130 billion each year for travel between the United States and Europe alone — looks like it’s stranded until travel bans are lifted. The impact, for now and into the future, will be significant.

In the first week of March, the International Air Transport Association (IATA) doubled its coronavirus-caused revenue losses on the airline industry. Figures jumped from $63 billion to $113 billion.

However, this is contingent on the coronavirus continuing to spread and significantly limiting travel for months. The new figure was likely exacerbated by news of testing inefficiencies and the United States’ issues with treating coronavirus patients given its healthcare infrastructure problem.

The coronavirus has impacted the stock market, hurting the retirement accounts of many. In Italy, 16 million people are under forced quarantine, as the country is on the verge of a financial bailout. The situation has sparked Trump’s new travel ban, making the airline industry the latest victim of the coronavirus.

The Impact of Trump’s Travel Ban on Airlines

On March 12th, the travel ban from Europe was announced by President Trump, kicking off a frenzy of flight cancellations, airline layoffs, and standstills at airports around the globe. President Trump also said that international travel may not be the only ban, as “all options are on the table.”

The travel will cause more than 6,700 flights to be grounded. Norwegian Air temporarily laid off half of its staff and grounded flights. However, an OAG analysis shows that Delta is the most affected by the ban, as it operates 17% of those flights. United, Lufthansa, and American Air also have suffered deep losses.

In addition, people have been advised to stay home and not travel, which may soon include domestic flights. However, the main issue for many airlines right now is the implications of prolonged “quarantine life.” Instead of buying flights or planning vacations, would-be travelers are looking for toilet paper, disinfectant spray, and non-perishable items like canned soup.

The ban coupled with non-travel and “social isolation” sentiments has forced the airline industry to take a look at itself once again and make some difficult decisions. For now, airlines are making deep cuts to capacity and laying off workers while desperately seeking other ways to save cash.

Can the Airline Industry Bounce Back Again?

With the travel ban canceling most flights between Europe and the US, the implications are that airline industries have already lost millions. Yet they’ll stand to lose even more millions, if not billions, if the coronavirus spread is not stopped.

For several days now, United’s chief executive Oscar Munoz has been meeting with senior Trump administration officials and members of Congress to discuss the impact on United’s business and the aviation industry as a whole. He also wanted to discuss policies to announce these travel bans, but did not say if the White House had notified airlines before the ban was announced.

“This action will hit US airlines, their employees, travels, and the shipping public extremely hard. However, we respect the need to take this unprecedented action and appreciate the administration’s commitment to facilitate travel and trade.”

Others have been very critical of the White House’s announcement, stating that it created “total pandemonium” according to Sara Nelson, the president of the Association of Flight Attendants, which represents employees in 20 airlines, some of which are laying off employees to cut costs.

For now, airlines are in cash preservation mode. United has borrowed $2 billion, and Delta raised $1 billion so far to handle the crisis. American Airlines raised $500 million. However, travel to and from United States and Europe is a business totaling $130 billion a year.

The next step will likely come from credit and government assistance for airlines, including cutting taxes and other costs. Last Tuesday, chief executives at American, United, and Delta presented a strong front, stating that they had experienced years of streamlining operations to handle a crisis like an outbreak and thus feel more prepared than many other industries.

However, comparisons have been made between the coronavirus crash and the aviation decline after 9/11, and United’s president confirmed that the financial impact is likely going to be greater than it was 19 years ago.

Will Domestic Flights Be Next?

Many states have seen COVID-19 cases jump over the past week, and soon a domestic travel ban may limit flights to certain states, such as New York or California, which have the most coronavirus cases in the US currently. We may just have to get used to the idea of social distancing or never leaving the house for a few more weeks.

What do you think about Trump’s travel ban? Is the negative impact on the airline industry and the economy in general necessary to fend off the virus? Will the airlines survive this turbulent time? We want to know what you think in the comments section below.