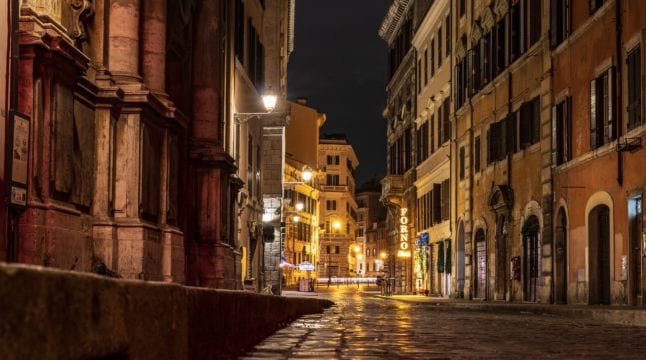 Why Italy Needs a Financial Bailout to Combat the Coronavirus

As of March 12th, 2020, Italy has expanded its lockdown to include the entire country. With many unable to work, earn income, and pay their debt, the country is entering a stage of significant financial risk. It is now estimated that the country will need a €500 – €700 million precautionary bailout.

Italy’s Bailout from the Coronavirus Explained

On December 31, 2019, the very first coronavirus case was announced in Wuhan, Hubei, China as only a “pneumonia of unknown cause.”

Since that time, COVID-19, as the new pandemic disease is now called, has swept around the world. Outside of China, the hardest hit thus far has been the relatively tiny country of Italy.

To cope with the pandemic’s impact, the Italian Prime Minister has placed the country on lockdown and could plea for a national bailout of €500 to €700 billion – a need only a worldwide response can possibly meet.

Italy has more than 600 reported coronavirus deaths thus far — 168 of which occurred in a single day. As tensions rise, the country is in no position to keep up a brave face, financially or otherwise.

There is no “business as usual” in a country where 60 million people are essentially quarantined in their homes for the foreseeable future. Citizens are unable to work, pay their debt, or contribute to the national economy in any way.

But Italy isn’t the United States or Japan. As a small country with a mere $2.42 trillion in annual gross national product (GNP), Italy simply cannot compete with the much greater financial might of the U.S. ($19.61 trillion GNP) or even Japan ($5.76 trillion GNP).

Calling the outbreak a “stress test” for the European Union (EU), some news sources are likening the coronavirus epidemic to World War II. The overall impact on the Italian way of life as well as its national economic wellbeing are far too similar.

As the coronavirus now tracks its way into Germany, France and throughout Europe, the E.U. has recently moved to set up its own €28 billion emergency relief fund. It will start with an initial liquidity draw of €7.5 billion.

But who will benefit from access to the E.U. emergency funds? For that matter, where will the anticipated €500 to €700 billion Italy says it needs to re-anchor its current debt burden come from?

After all, Italy is the third largest economic power (after Germany and France) in the E.U. Clearly, Italy cannot contribute to the E.U.’s emergency relief fund in any way, shape, or form.

The coronavirus has already impacted the US stock market. Unexpected consequences are also anticipated, affecting even Google stock for example. Yet with the entire country on lockdown, the situation in Italy is only expected to get worse.

To find any type of solid benchmark against which to compare the COVID-19 outbreak, we have to rewind the world timeline all the way back to 2003. What was happening back in 2003? Another pandemic called SARS was slowly but surely trekking its way across the globe.

SARS killed nearly 800 people in nine months. Now fast forward to 2020. What will the record show?

SARS-CoV-2, aka coronavirus COVID-19 (yes, a near relative of SARS 2003), has already killed three times as many people as the 2003 outbreak, in just eight weeks time. With numbers like these, it is hard to justify taking anything less than an alarmist position when it comes to public health, finances and the global economy – for Italy or anywhere else in the world.

It will do no good right now to point fingers, as some news sources seem perpetually primed to do. As Conte announced in his address to the nation Monday, “Tutti a casa, non c’è più tempo.” (“Everybody at home. There is no more time.”)

And this isn’t the worst of the news out of Italy since the COVID-19 outbreak first began. This initial bailout — which is likely to require 17 to 25 separate E.U. emergency funds to meet — is viewed as simply an initial precautionary measure.

In other words, this particular bailout would likely serve to ease the collective fears of the creditors unlucky enough to be holding Italy’s current estimated €2.3 trillion in government debt.

Will Italy’s Bailout Defend Against the Coronavirus?

What was missing from these announcements was any indication of how the Italian government plans to fund the suspensions. The situation is leaving experts to ponder what potential fallout might arise should Italian banks be shouldered with implementation.

Is the coalition government robbing Peter to pay Paul by suspending the same mortgage repayments used to repay bank bondholders? No one seems quite sure as of yet. What is crystal clear is that Italy’s financial distress and subsequent need is still far from being quenched, even if the requested bailout goes through.

At the time of publication, Italy is in negotiations with banks nationwide seeking to provide mortgage relief for beleaguered, homebound homeowners. The Prime Minister has announced that a new economic relief decree is currently in the making.

What do you think of the financial situation in Italy? Will Italy get the bailout it’s asking for? We want to know what you think in the comments section below.

Over 12,000 Cryptocurrencies Have One Month of No Trading Volume in 2022