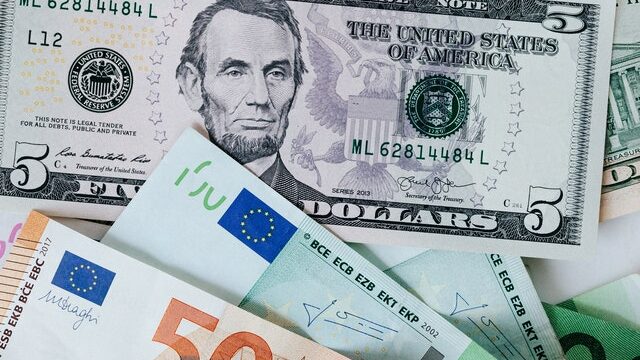 CBDCs could pose a threat to the $2.4 quadrillion Forex market if currencies become closed to foreign investors.

After Bitcoin, CBDCs are the most disruptive monetary innovation looming on the horizon. However, digitizing the Forex markets is likely to be full of surprises.

Although CBDC deployment seems imminent across some major central banks, the Federal Reserve’s progress on a digital dollar is still lagging behind both the digital euro and digital yuan. China has gone the furthest with its digital currency, e-CNY, looking to deploy it even more widely before the 2022 Beijing Winter Olympics.

Yet, when legal tender becomes native, other mobile payment platforms are threatened. Case in point, the digital yuan would go against AliPay and WeChat Pay, both of which dominate the Chinese non-cash mobile payment market, currently worth $167 trillion.

Despite commercial banks still serving as gateways for e-CNY, its lower transaction fees would be the ones to deal the final blow to both Alipay and WeChat Pay. Courtesy of the World Economic Forum’s (WEF) latest CBDC report, other downsides to CBDC deployment could be felt as well.

When fiat money is exchanged for another in a bank, the process is simple. Physical banking notes are simply swapped at the current exchange rate. This is the lowest level of the Foreign Exchange (Forex) market. However, at the highest level, we are dealing with a complex network of financial institutions, brokers, and banks, far larger than any other market.

As we have covered previously, interoperable CBDCs would significantly reduce money flow friction. Yet, this fluidity itself is poised to have unintended consequences.

In other words, CBDC’s core features — trading and settlement transparency, speed, and low transaction cost — could transform the forex market as we know it.

Because the settlements would be instant and atomic, they would eliminate open positions of currency pairs. On top of that, the exchanged principle would be instantly available for reuse. In turn, situations like this are likely to arise.

Furthermore, there is the question of whether a CBDC should be based on a distributed digital ledger (DLT). A DLT-based one would be more robust allowing CBDCs to bypass central banks for settlements. At the same time, a permissioned DLT would be more amenable to digital counterfeiting and higher privacy costs.

On the flip-side, a DLT-based CBDC would remove settlement mediators, such as clearinghouses, because smart contracts could replace them. As we have covered in the blockchain trilemma, much will depend on the type of consensus algorithm used, the number of nodes, and the types of permissions on nodes.

At some point in designing a DLT-based CBDC, there would have to be a compromise between traffic throughput and scalability. As Binance Smart Chain demonstrated this year when it outperformed Ethereum by 600%, the more centralized DLT is, the greater the throughput and lower the transaction costs.

What Could CBDCs Mean For Forex Markets?

We already know that Visa has laid out the groundwork for exchanging different CBDCs, called the Universal Payment Channel (UPC). With such infrastructure in place, there is a good reason to think CBDCs’ instant atomic settlements could undermine the $2.4 quadrillion forex industry.

Moreover, there is the question of the forex market’s composition. According to forex trading statistics by the Bank of International Settlements (BIS), USD is the world’s supreme global reserve currency, positioning itself on one side of 88% of all forex trades. This is both a giant footprint and a liability for the forex market.

As inflation rises, the US dollar’s buying power is decreasing at 1% per month. However, it is worth keeping in mind that present woes facing the global economy hurt those who are currently the most energy-dependent — Europe and China. In contrast, the US has been gaining its energy independence since 2009.

“The Energy Information Administration (EIA) tabulated U.S. energy consumption in 2019 and 2020, and determined that for both full years, counting all energy sources, we were energy independent.”

With all things equal, such as global supply interruptions and labor shortages, the USD will remain in its dominant position as a hedge against other fiat currencies. In turn, cryptocurrencies, especially deflationary ones like Bitcoin, should benefit from this dynamic as the de facto borderless currency.

In a nutshell, WEF views CBDCs as superior to stablecoins. The latter only addresses financial inclusion on a similar level as other digital payment services. Correspondingly, stablecoins would require a higher level of engagement and access than a generalist CBDC.

The WEF already made this clear when it covered Celo, the potentially new global M-Pesa. Celo is the next step in financial inclusion by transforming a phone number into a public wallet address, with CUSD as the stablecoin and CELO as the gas fee utility token. The WEF frames the issue as one dependent on regulation and how successful they are in removing barriers.

“Overall, in the scenarios studied in this report, stablecoins as currently deployed would not provide compelling new benefits for financial inclusion beyond those offered by pre-existing options.

Whether this changes over time will depend partly on how stablecoins are regulated and how much attention is paid by stablecoin providers and services to addressing specific barriers to financial inclusion.”

Do you think CBDCs will be used to implement agendas other than the frictionless and transparent flow of money? Let us know in the comments below.