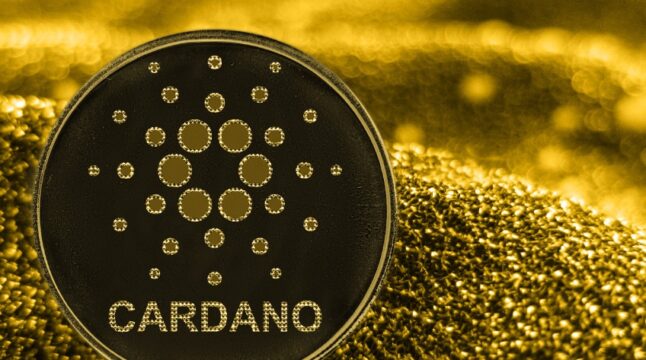 Ardana (DANA), a decentralized finance (DeFi) protocol developed on the Cardano platform, has come to a halt amid the recent crypto meltdown. The team behind the project cited uncertainty around funding and timeline as the reason for ceasing operations.

Why Was Ardana Called the “Curve Finance of Cardano”

Ardana was a DeFi protocol based on the Cardano blockchain. At its core, it was a decentralized, collateral-backed exchange, allowing users to leverage supported Cardano native assets by generating stablecoins against them.

Ardana also had a stableswap DEX. Called Danaswap, the decentralized exchange aimed to allow high-efficiency swaps between stablecoins. It also allowed liquidity providers to earn passive income by providing liquidity to the protocol.

Furthermore, Ardana served as a crypto lender, allowing users to use Cardano’s national currency ADA as collateral and obtain DUSD loans. In short, Ardana aspired to be “the MakerDAO and the Curve Finance of Cardano.”

Notably, Ardana completed a $10 million investment round in late October. The round was led by now-defunct crypto fund Three Arrows Capital, Cardano’s cFund, and Ascensive Assets, with participation from Morningstar Ventures and Mechanism Capital.

“As the first all-in-one stablecoin ecosystem built on Cardano, our platform provides users with convenient access to liquidity, an ever-present concern in the hyper-competitive defi world,” Ardana CEO and co-founder Ryan Matovu said at the time.

Despite being of the most-promising DeFi projects on Cardano, Ardana has recently halted operations citing funding concerns. “Unfortunately due to recent developments with regards to funding and project timeline uncertainty, the Ardana project has had to come to a halt,” the project’s official Twitter account said in a November 24 tweet.

The project added that their code will remain open source, allowing developers to continue the work on the project if they wish to. They also claimed that developing the project on Cardano was difficult and they had to dedicate a lot of funding to infrastructure works.

“Development on Cardano has been difficult with a lot of funding going into tooling, infrastructure and security. This alongside the uncertainty around development completion has led to the best course of action being halting development of dUSD.”

As expected, the Cardano community was not happy about the news. “You raised 10mn USD. How’s that money gone in 1-2 years on “development”? I don’t understand,” one Twitter user said.

Some even claimed the developing team mishandled funds or that the project was entirely a scam. Twitter user DeFiFUDDestroy claimed that Ardana CEO Ryan Matovu was a “serial scammer” in a tweet earlier this month, adding that he was behind two other DeFi scams Your Finance Decentralized (YFDFI) and Plethori (PLE).

On the other hand, ADA is largely flat over the past day, currently trading around $0.3143. The broader crypto market is also unchanged over the past 24 hours. However, the market is still at its lowest levels in two years following the recent collapse of FTX.

Do you think more DeFi projects will stop development as the crypto winter rages on? Let us know in the comments below.