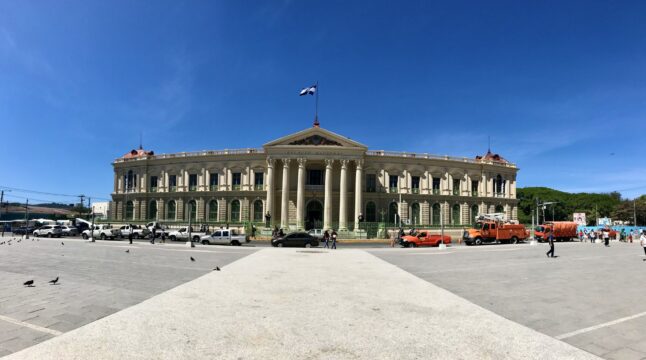 Can public opinions on Bitcoin ever be separated from the country’s political woes?

It has been a little over a week since El Salvador officially adopted Bitcoin as legal tender, and since then, there have been several fascinating developments. The country has seen anti-crypto protests, issues surrounding bonds, and human rights complaints. Can these be chalked up to teething problems, or are they a sign of failure?

On the financial side, El Salvador has been hit with its first huge bump in the road. The country’s bond spreads to the US Treasury have reached record numbers due to investor fears around its economy. The issues have arisen because institutional investors are worried El Salvador will be unable to make its upcoming $1 billion loan agreement with the International Monetary Fund (IMF).

For those unaccustomed, the IMF is a global lending organization designed to help impoverished nations facing humanitarian issues. The IMF has consistently been suspicious of El Salvador’s Bitcoin bet, and it appears those fears are now being echoed by investors. S&P Global have voiced their opinion on the matter, arguing it gives the country “immediate negative implications for credit”, and significantly impedes their ability to pay back their loan.

This is not the only problem the nation faces. Within the last few days, protests have broken out around Bitcoin adoption in the country. The nature and reasoning behind these protests are hard to pinpoint. Some citizens are worried Bitcoin’s volatility will destabilize their economy, whereas others view it as a well-timed distraction meant to draw media attention away from President Nayib Bukele’s campaign for re-election by the Supreme Court.

This has resulted in thousands taking to the streets, burning down Bitcoin ATMs, and defacing posters of the president. Despite the country distributing $30 USD worth of Bitcoin to all people who set up a government-issued BTC wallet, the sentiment is clear: the public disapproves of the cryptocurrency.

To make matters worse, the human rights watchdog, Cristosal, filed a complaint to the country’s Court of Accounts, urging for an audit of its Bitcoin transactions and Bitcoin ATM activity. An investigation is set to take place, and if malpractice is found, then Cristosal has the authority to sanction El Salvador’s assets.

Is it All Bad News?

El Salvador’s Bitcoin gamble certainly seems like a disaster, but there are some other factors to consider when assessing the situation. For starters, it is important to remember just how groundbreaking and unusual it is for a country to adopt Bitcoin as legal tender. For most of human history, physical money has been the norm, and so for a country to welcome something entirely non-physical with such open arms means there are bound to be complications.

Bear in mind that El Salvador’s choice to support Bitcoin in this way is so significant it could change the way the world stage views money as a whole. We have never seen anything as game-changing as Bitcoin enter the global financial industry. Most financial firms have only recently changed their tune on Bitcoin, so there is clearly still doubt in the air.

It can at least be said if El Salvador is attempting to stay at the forefront of FinTech, and lead the charge for futuristic monetary policy, then it has certainly been a success. They were the first country brave enough to elevate Bitcoin to legal tender status. Even if it was purely a political distraction (which is a huge claim to be made), there are far easier and less cutting-edge ways to distract the masses.

Michael Saylor, MicroStrategy co-founder and well-known Bitcoin supporter, shared his views on El Salvador with Bloomberg. He pointed out how:

“500,000 people in El Salvador downloaded the a lightning Bitcoin wallet, and they received $30 worth of Bitcoin, and that’s an extraordinary, world-shaking event– never happened in the history of the world”.

He further highlighted the political situation in El Salvador and spoke about how rampant and ever-present the country’s opposition is. This makes it tough to separate concrete financial activity from ideological and governmental disputes.

Overall, despite the problems the country has seen so far, the adoption of Bitcoin could still be considered a positive event. El Salvador has created a unique situation within the world and has given Bitcoin a greater platform than ever before. It may take some time for people’s ideas on BTC to be separated from the politics of the country, but when that happens, there is a good chance it will be treated as a favorable moment in economic history.

Do you think El Salvador was right to adopt Bitcoin as legal tender? Let us know in the comments below.