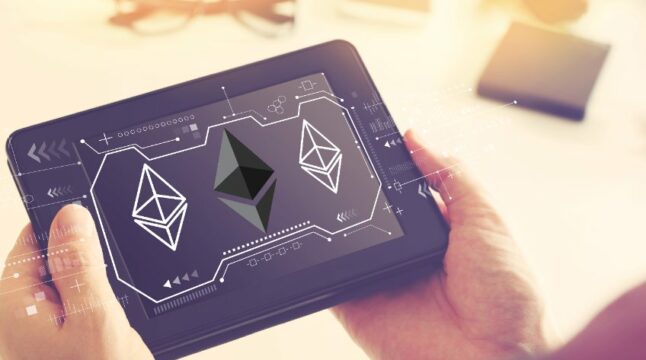 As The Merge inches closer, investors are waking up to Ethereum's greater potential amid a positive Monday for crypto.

The crypto market is on an upswing, having a rigorous rally this Monday. Although Polygon (MATIC) is the clear winner at +20% gain, its parent Ethereum (ETH) is the more important story. Ethereum went up by 10% during the day, likely laying to rest concerns about staked Ethereum (stETH) as well. Compared to its previous high discount of -6%, stETH reduced its peg-wobble by 3x, now at only -2% discount.

Given that stETH played a substantial role in a series of insolvencies over the last couple of months, its peg stabilization is a positive signal that market conditions are going out of the “extreme” phase.

Staked Ethereum at the Center of Crypto Contagion Storm

Staked Ethereum (stETH) has been one of the fulcrums of crypto contagion for the last two months. Lido Finance developed the stETH derivative with Ethereum as the underlying asset. The goal was to offer Ethereum proof-of-stake (PoS) yields ahead of The Merge, which is when Ethereum completes its proof-of-work to proof-of-stake journey.

Moreover, the stETH derivative circumvents the minimum Ethereum staking requirement of 32 ETH, as it allows any amount of ETH to be staked for yields. As of today, stETH offers a 3.9% annual percentage rate (APR), accounting for $6.29 billion worth of ETH.

As a derivative anchored to ETH, stETH was akin to a stablecoin, boring to observe. However, this changed with Terra’s meltdown on May 12th when stETH to ETH peg started to wobble up to a -6% discount. At one point, on June 18th, it went down to 0.9299.

After Terra’s UST collapsed, there has been a stETH selling frenzy, causing it to go under the 1:1 ratio to ETH. Staked Ethereum’s largest holders, Celsius Network and Three Arrows Capital, were responsible for the liquidity drain, accounting for nearly $800 million worth of withdrawn stETH, largely from Curve’s liquidity pool.

This was to pay their obligations and safeguard other leveraged assets. Despite their efforts, both Celsius and 3AC ended up bankrupt. In the meantime, Lido Finance assured stETH holders that all of them are backed by ETH, while the culprit for the peg wobble was the secondary market.

During this harsh bear market, many investors have been pulling their hair as they couldn’t see the market bottom. However, as we hinted in March, Ethereum’s 2.0 upgrade was bound to have a rallying effect.

Ethereum established itself as the de facto smart contract platform leader, with its many scalability sidechains to lower gas fees and increase transaction speed. In the middle of Fed-triggered market selloffs, the impending ETH 2.0 upgrade had little effect to serve as a bulwark.

This dynamic appears to have shifted last Thursday. During the Consensus Layer Call #91, Tim Beiko, the Ethereum Foundation member/engineer, selected September 19th as the most likely The Merge date. Since then, Ethereum appreciated by +22%, leaving Bitcoin behind at a mere +7.2% rally.

At the same time, Bitcoin is closing near the breakout zone as it aims for $23k. Bitcoin’s daily Relative Strength Index (RSI) is above 50, a level not seen since April. Likewise, the MACD indicator, represented as crossed exponential moving averages (EMAs), is in a bullish momentum.

With Ethereum breaking above June and July highs, we seem to be heading for a rally. With that said, it could be another fakeout. Given past price moves, Bitcoin would have to close above resistance today for a continued rally upward to $30k. It also bears keeping in mind that Bitcoin miners have to repay their multi-billion debt obligations, which could erect new selling pressures when Bitcoin substantially appreciates.

Do you think Ethereum 2.0 will be postponed once again despite assurances? Let us know in the comments below.