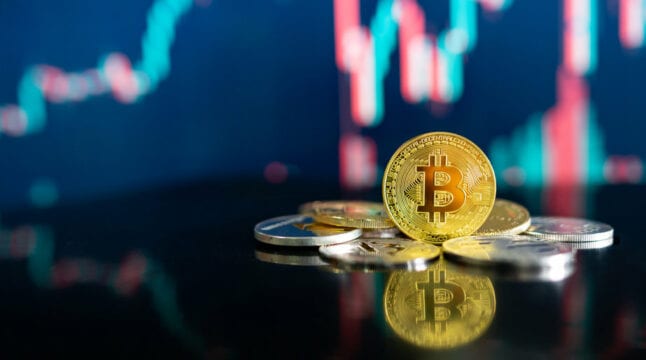 In a recent Twitter thread, Jack Dorsey, CEO of both Square and Twitter, revealed his intentions to build an open developer platform primarily focused on Bitcoin. Looking from a broad perspective, this could mean DeFi on Bitcoin.

Square processed more than $112 Billion in 2020. For a company of this stature and power, it is not improbable to build DeFi on Bitcoin. In fact, the firm can build DeFi services on Bitcoin even with the capability of disrupting the prevailing dominance of Ethereum-based DeFi.

On July 15, Jack Dorsey announced that he aims to build a new initiative, describing his plans with the following:

“Square is creating a new business (joining Seller, Cash App, & Tidal) focused on building an open developer platform with the sole goal of making it easy to create non-custodial, permissionless, and decentralized financial services. Our primary focus is Bitcoin. Its name is TBD.”

Looking at this information alone, one can argue that Dorsey wants to give Bitcoin everything it doesn’t have. In other words, Dorsey aims to make Bitcoin a suitable home for hundreds of DeFi projects to come and build on it.

Dorsey further added that this new business would be different from Square Crypto in that Square will provide both direction and funding for TBD, while they are only funding Square Crypto. Currently, Square Crypto is working on the Lightning Development Kit (LDK), which aims to improve Bitcoin’s UX, security, privacy, and scaling.

Last week, Dorsey announced that Square intends to create a new hardware wallet for Bitcoin users, mainly aiming to solve Bitocin UX and UI hurdles. The hardware wallet project is open, meaning individuals can take part in the project by stating their opinion.

Dorsey says that everything about the TBD project will also be open. He added that Mike Brock is the head of the division, and he will build the team. Mike Brock, who leads the Strategic Development Group at Cash App, has extensive experience with open-source projects.

While there are several unclear points regarding this new project, both Dorsey and Brock asserted that further updates would come via Twitter and GitHub accounts. The project has already created a Twitter account, though there is nothing more than a few Bitcoin-promoting images.

Square is experiencing exponential growth in the overall usage of its payment processing services. In 2020, the company processed more than $112 Billion in transactions. Moreover, the company’s reported Q4 2020 revenue soared 141% year-over-year to $3.16 billion.

The company further resumed its exponential growth in Q1 2021 as its total net revenue reached a staggering $5.06 billion, up by 266% year-over-year. Of these, Square’s Cash App brought in $3.51 billion in Bitcoin revenue, which accounted for $75 million gross profit.

One major distinction between Square and other payment processors is its insatiable interest in crypto. Earlier this year, Square announced that it has added to its Bitcoin holdings, purchasing a further $170 million of the leading cryptocurrency and raising its total holdings to approximately 5% of its cash.

Square’s interest in crypto should come as no surprise since Jack Dorsey previously said there is nothing more important in his life to work on except Bitcoin. However, considering that Square is doing quite well with its crypto offering, we can expect more payment processors to follow suit and either bring or expand their crypto offerings.

Do you think Square would be able to bring DeFi services on Bitcoin? What would this mean for Bitcoin? Let us know in the comments below.