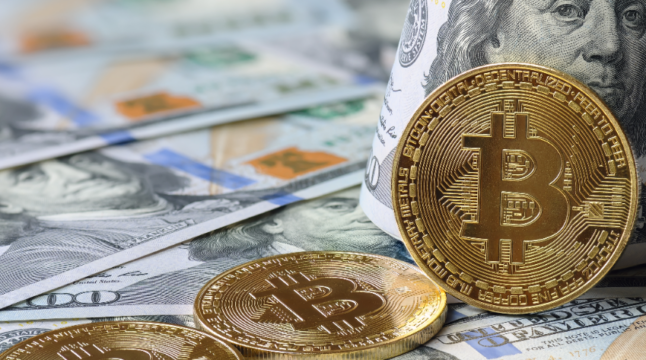 The bitcoin price jumped 6% in early trading on Tuesday, topping $20,000 to reach its highest level in over a week. Meanwhile, the U.S. dollar remained exceptionally strong versus a basket of the world’s fiat currencies—something that would typically be bad for cryptocurrency and good for stocks.

However, bitcoin was outperforming major stock indices, including tech stocks, as measured by the Nasdaq Composite, which is up a little over 1% versus bitcoin’s 5% gain. Unfortunately, bitcoin plummeted suddenly at midday on Tuesday, falling back under $20,000 and ending the rally as suddenly as it began. Nonetheless, crypto enthusiasts are trying to figure out what happened.

The Typical Relationship Between Bitcoin and the Dollar

Tuesday’s market dynamics are particularly interesting because a strong dollar is usually bad for bitcoin and other cryptocurrencies. While the dollar was already strong going into the current rate hiking cycle, the Federal Reserve’s aggression in pushing the pace of its rate hikes faster than those of other central banks is giving the dollar a further boost.

Since about 70% of the bitcoin trades occurring against fiat currencies are done in dollars, a strong dollar is usually bad for the cryptocurrency. While the U.S. Dollar Index slipped by a fraction of a percent on Tuesday to fall just under 114, it is up about 110 over the last five trading days.

On the other hand, bitcoin surged suddenly late Monday, jumping from around $19,150 to surpass $20,000 in the early-morning hours of Tuesday. Meanwhile, crypto experts are scrambling for an explanation for this unusual dynamic.

In an email on Tuesday morning, analyst Edward Moya of OANDA called attention to some commentary from Fed Chair Jerome Powell at the conference hosted by the Bank of France. Powell urged Congress to pass regulations for stablecoins – particularly the problematic algorithmic stablecoins – adding that a digital dollar is still a long way off because the Fed’s study of central bank digital currencies will take at least a couple of years.

Moya also noted that Tuesday brought a break for the rout that has swept through the global markets, bringing good news for the cryptoverse.

“Bitcoin has been showing some resilience given the violent selloffs happening across most of the major indexes,” he wrote. “It is rather impressive that Bitcoin is above the $20,000 level and that the recent selloff did not see a major collapse below the summer lows. ​Bitcoin doesn’t have a catalyst to extend much higher, but a stabilization is a welcome sign for long-term bulls.”

Bitcoin wasn’t the only cryptocurrency to shift higher on Tuesday. Ether was up 3%, while Solana and Chainlink each gained 5%, and Uniswap rose an impressive 12.5%. Even Dogecoin, the original meme coin, was up more than 1% on Tuesday.

Looking at bitcoin versus other fiat currencies on Tuesday also brings some interesting revelations. Some crypto watchers, like NorthmanTrader founder Sven Henrich, pointed out that certain currencies had become more volatile than bitcoin. The British pound, in particular, was highly volatile versus bitcoin, as noted by ShapeShift founder Erik Voorhees via Twitter. The sterling hit a record low against the dollar on Monday, while Asia-Pacific currencies also weakened against the greenback.

For most of this year, bitcoin has traded in step with tech stocks as investors linked risk sentiment for the cryptocurrency to that of formerly high-flying tech stocks. However, The New York Times noted that bitcoin appears to have decoupled from tech stocks, and this isn’t a new trend. In fact, it’s lasted for most of September, as bitcoin is up slightly for the month so far while the Nasdaq is down almost 10% during the same period.

The big question now is how bitcoin will perform in the coming months. The cryptocurrency has lost more than half its value year to date, significantly underperforming most currencies, stocks, and bonds. Many crypto wonks have been calling for a relief rally in bitcoin for some time.

A Short Squeeze in Bitcoin?

However, one consideration should be how much of Tuesday’s rally is due to a short squeeze in bitcoin. Analyst Justin Bennett tweeted on Monday that retail traders had set their liquidation levels at $19,600, adding that “mass short liquidations” would begin at $19,300.

There was also evidence of sizable short positions elsewhere. CoinShares reported that assets under management in short bitcoin funds reached a record high of $172 million last week. The last all-time high was set in January 2020, when the first short bitcoin fund launched.

If Bennett’s assessment of the pricing levels for bitcoin shorts was accurate, Tuesday’s sudden rally in bitcoin could be at least somewhat short squeeze-related. It would also explain why the cryptocurrency appears to have decoupled from tech stocks and started rallying despite the dollar’s strength.

CoinShares also reported that the record-high investment levels in short bitcoin funds prompted some profit taking last week, recording the first outflow in seven weeks. Thus, it would seem that investors had already started covering their short positions in bitcoin last week, meaning that any sudden additional increase this week could trigger a significant move like the one we’ve seen.

What do you think of the usual dynamics in the bitcoin market? Share your thoughts in the comments section below.