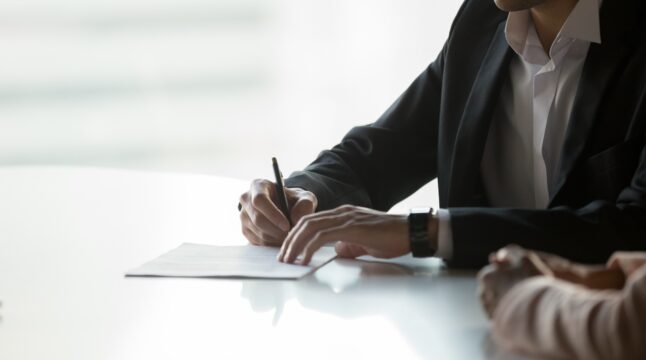 Media startup Semafor intends to acquire SBF's $10M stake in the company, according to the NYT.

Semafor, a news startup by media veterans Ben and Justin Smith, is planning to buy out Sam Bankman Fried’s $10 million stake in the company, the New York Times reported on Wednesday. Semafor launched in October 2022 after raising around $25 million from several major investors.

Semafor is looking to acquire around $10 million worth of Sam Bankman Fried’s stake in the media startup, according to a report by the New York Times. The move comes just several months after Semafor launched after raising $25 million from a group of renowned investors, including the former CEO of the collapsed FTX.

“We are planning to repurchase Sam Bankman-Fried’s interest in Semafor and to place the money into a separate account until the relevant legal authorities provide guidance as to where the money should be returned.”

Semafor is now considering buying out Bankman Fried’s stake while continuing its hunt for fresh capital. But the startup’s fundraising discussions are yet to materialize, the NYT report adds.

How SBF’s Funding of News Outlets Undermined Trust in Media

Semafor is just one of the media outlets that received funding from the crypto mogul or one of his affiliates. Reports from December revealed that Bankman-Fried secretly funded the CEO of the crypto news site the Block through FTX’s sister firm Alameda Research – which played a central role in FTX’s collapse.

The disgraced FTX founder reportedly loaned $27 million to the Block CEO, Michael McCaffrey. A portion of these funds, roughly $16 million, was used to purchase an apartment in the Bahamas for McCaffrey.

The revelations resulted in the Block forcing out McCaffrey from the company as the “news came as both a shock and disappointment to The Block leadership team,” according to the Block’s revenue chief Bobby Moran. Moran then replaced McCaffrey as the company’s CEO.

Bankman Fried’s secret funding of the Block raised questions about FTX’s influence on media, placing the already-low trust in the industry at further risk. Furthermore, a recently unsealed federal indictment showed that FTX client funds were also used to fund the political campaigns of some public officials from both major parties to influence the future outlook of crypto regulations.

Other media companies that received funding from Bankman Fried include Vox Media and ProPublica, who said they would return the investments following Bankman Fried’s arrest last month. Meanwhile, Semafor had said it plans to wait for guidance from legal authorities to determine its next move, which led to some criticism of the startup founded by former Bloomberg CEO Justin Smith and former NYT columnist Ben Smith.

Do you think regulators should ask for more transparency to stop individuals from influencing the media? Let us know in the comments below.