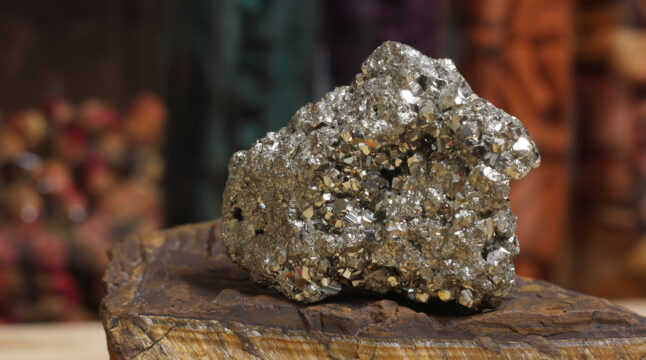 On Thursday, the Securities and Exchange Commission filed a complaint against a company called Arbitrade over a token offering conducted in 2018 and 2019. Unlike recent actions by the SEC, this suit isn’t centered on unregistered securities but on the fact that Arbitrade mislead investors by falsely claiming its tokens are backed by gold.

Arbitrade Allegedly Lied to Investors About its Token Being Gold-Backed

According to the SEC’s press release, Bermuda-based Arbitrade and Canada-based Cryptobontix teamed up with a “so-called international gold trader” called Max W. Barber to issue Dignity (DIG) tokens. Allegedly, Arbitrade claimed it received a title to $10 billion worth of gold bullion from Barber and would use the precious metal to back DIG.

They also participated in a scheme to defraud. Among other things, the releases falsely claimed that Arbitrade had acquired and received title to $10 billion in gold bullion and intended to back each DIG token issued and sold to investors with $1.00 worth of this gold. Arbitrade claimed to have acquired the gold through a purchase transaction with Barber and his company, SION Trading FZE (“SION”). The Defendants also misrepresented that independent accounting firms had performed an “audit” of the gold and verified its existence. In reality, the gold acquisition transaction with Barber and SION was a sham.

Due to Arbitrade misleading investors about DIG being gold-back, the Commission is, in its usual fashion, seeking “permanent injunctive relief, disgorgement plus prejudgment interest, and civil penalties.” The complaint is primarily targeting Arbitrade and Cryptobontix, but also names Barber and his SION as a relief defendant in the case.

The year 2022 saw a lot of action with regard to digital assets fraud both on the legislative and enforcement sides. While most cases have been related to the now-infamous 2017 DAO report that allegedly grants the SEC the authority to penalize ICOs as unregistered securities, there have been some notable outliers.

While cases this year involve unscrupulous businessmen targeting unwary investors, banks also found themselves on the receiving end of crypto fraud. In August, a trio from Miami was charged with using digital assets to defraud multiple banks and a crypto-exchange of an excess of $4 million.

The SEC is also finding it difficult at times to pursue alleged cases of crypto fraud using laws and regulations predating digital assets. Not only is Gensler’s stance that most cryptocurrencies are in fact securities facing a lot of public backlash, but some defendants are also challenging the idea that older legal frameworks can be used to regulate and penalize digital assets.

Recently, Nathaniel Chastaine, a former OpenSea employee filed for a court to dismiss a wire fraud case against him as it hinges on the notion that NFTs are securities—which they are, according to the motion, definitely not.

Lawmakers are apparently taking notice of the shortcomings of the current legal framework. In late August, Congress sent a series of letters to crypto-companies asking them how the government could work with the private sector to prevent digital assets fraud. Interestingly, in a recent case from South Korea, the judge who sentenced a crypto fraudster also took an opportunity to warn defrauded investors they didn’t do their due diligence by properly assessing a high-risk digital assets investment before committing.

Do you think that more digital assets could benefit from being backed by gold? Let us know in the comments below.