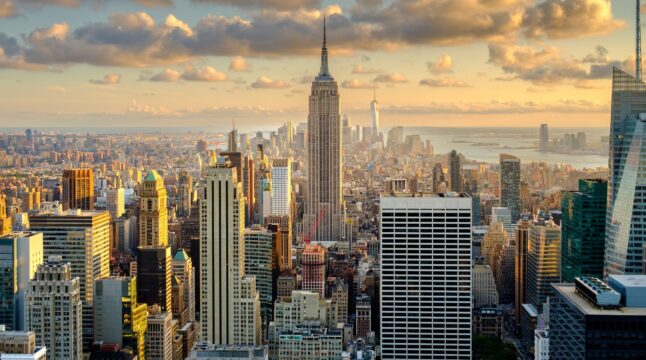 After weeks of speculation, SBF confirmed he will attend the DealBook summit—and DealBook provided its reasoning for his presence.

After multiple days of silence, Sam Bankman-Fried tweeted he will be speaking at the DealBook summit in New York. Shortly after SBF’s announcement, DealBook made its own statement seemingly defending and confirming the fact.

SBF Is Still a Speaker at the DealBook Summit

Sam Bankman-Fried’s scheduled presence at the DealBook summit at the end of November has been a subject of intermittent speculation ever since FTX filed for bankruptcy. In a tweet from Wednesday afternoon, SBF confirmed he will be attending the conference.

While the recent behavior of FTX’s former CEO—not to mention the revelations about his company’s collapse—could have made his statement dubious, DealBook not only still has him listed as a speaker, but also tweeted what can be interpreted as a justification for his presence:

Since Sam Bankman-Fried launched the company FTX, its executives and its philanthropic arm spent or pledged hundreds of millions of dollars in political and charitable contributions, consulting fees, investments in media outlets and real estate.

While Bankman-Fried is now a confirmed speaker at the summit, neither he nor the organizers confirmed whether SBF will attend in person or if the interview will be conducted remotely. Some of the other notable speakers and interviewees include Meta’s Zuckerberg, US Treasury’s Yellen, former vice president Mike Pence, Ukrainian President Zelensky, and Ben Affleck.

Sam Bankman-Fried and the Aftermath of FTX’s Fall

Considering the many shocking revelations coming out of FTX’s bankruptcy proceedings—the misappropriation of users’ funds, the “complete failure of corporate controls”, the alleged involvement of SBF and Bahaman regulators in the FTX hack—Sam Bankman-Fried’s presence within the conference’s line-up is widely viewed as controversial.

Shortly after SBF stepped down as FTX’s CEO, the New York Times published a widely-criticized interview accused of being more concerned with how the disgraced crypto-Moghul is sleeping, than with the innumerable customers that lost their funds when his companies went under. Today’s announcement can also be seen as adding fuel to the fire of public dissatisfaction over the continued freedom of Bankman-Fried.

Reportedly, US regulators have been considering bringing FTX’s former CEO in for questioning since at least November 15th. Furthermore, two Senators—Elizabeth Warren and Sheldon Whitehouse—wrote to the DoJ demanding the department “hold the company’s executives accountable to the fullest extent of the law.”

Do you think SBF will attend the conference remotely or in person? Let us know in the comments below.