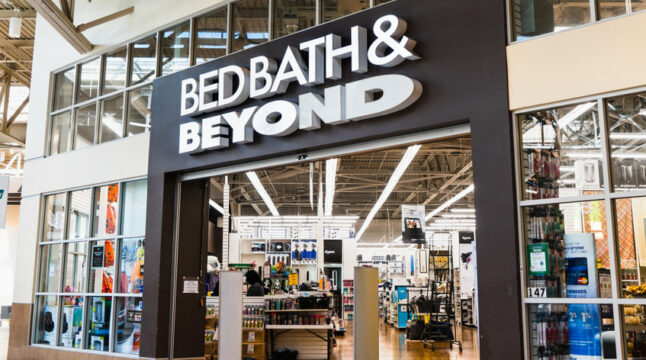 Following an incredibly strong short-squeeze-driven August, the shares of Bed, Bath and Beyond took a beating after Ryan Cohen of GME filed to sell his entire stake.

On Wednesday, August 17th, it was revealed that the activist investor Ryan Cohen, the GameStop chairman, filed a Form 144 giving him the right to sell 9.45 million shares of Bed, Bath and Beyond (BBBY). The value of the company’s shares dropped by over 20% following the news.

What Happened to Bed Bath and Beyond Shares on Wednesday?

Bed, Bath and Beyond started Wednesday as the leader of the current meme stock rally consisting of the triumvirate—GME, AMC, and the newcomer BBBY—rising over 23%. Late in the day, however, the company’s fortunes turned.

On Wednesday, it was revealed that Ryan Cohen filed a form enabling him to sell more than 9 million of his BBBY shares—his entire stake. This news led to a slump in the value of Bed, Bath and Beyond of over 20%.

Cohen’s investments in the American chain of general merchandise stores had another dramatic impact earlier this year. In early March, it was revealed that the GameStop chairman purchased over 9 million voting power shares in February. Subsequently, BBBY shares jumped by 27%.

Is the Rally Over For BBBY?

While there is some symmetry between the effects Cohen’s purchase and sale of BBBY shares had, it is unclear if Bed, Bath and Beyond is out of the rally quite yet. The company has been experiencing an immense surge in interest throughout August—and has been one of the most mentioned assets on r/WallStreetBets throughout the month.

On Tuesday, August 16th, retail investors bought over $73 million worth of BBBY stock—the highest trading volume for that company in the last 5 years. Throughout the month, the value of the company’s shares jumped from $5.77 on the 1st, to $23.08 on the 17th—a 300% increase.

Furthermore, it is important to note that the form Cohen submitted isn’t the same as selling shares. Since his stake was over 10% of the company, Form 144 allows Cohen to sell his stake within 90 days.

August’s meme stock rally also became a major short-squeeze. According to S3 Partners estimates, short-sellers have lost about $2.1 billion during this month alone. The estimate’s breakdown published by Bloomberg assigns a loss of $653 million due to AMC and another $1 billion due to GME and BBBY combined.

Do you think that the current meme stock rally will continue? Let us know in the comments below.