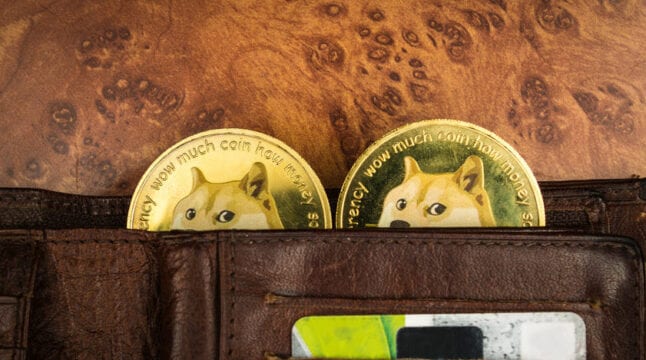 Robinhood Says a ‘Substantial Portion’ of Crypto Revenue is from Dogecoin

Dogecoin is an important part of Robinhood’s revenue, but users still can’t withdraw it.

Robinhood’s IPO filing has revealed some interesting details about the company’s earnings. On July 1st, the SEC released a document providing insights into Robinhood’s offering onto the stock exchange, as well as the means by which they have generated revenue. It was revealed that the company had $11.6 billion in cryptocurrency at the end of Q1 2021, with a “substantial portion of the recent growth” being attributed to Dogecoin.

How Important is DOGE for Robinhood?

To contextualize this, Robinhood only supports seven cryptocurrencies, but 34% of the company’s crypto-based revenue was attributable to DOGE. For Robinhood, Dogecoin is so important to them that they have to consider the possibility that a drop in its popularity could harm the company itself.

The document does not provide a direct breakdown of how much it makes on each individual asset, but it does tell us that the company has a total of $80 billion in assets, and that $11.59 billion of those assets belong to cryptocurrencies (as of March 31st).

This means we can estimate that around $3.94 billion can be attributed to DOGE. What’s fascinating is that even though DOGE is such a significant stream of revenue for the company, it still struggles with maintaining its platform, even at times when DOGE fans need it most, such as when the coin was spiking by 132%.

Don’t Hold Your Breath for Withdrawals

This SEC document clearly shows how significant cryptocurrency investments are to Robinhood, but it also shows how much disdain the company has for its crypto users. The document goes into explicit detail as to why Robinhood does not let its users withdraw funds from their crypto wallets, stating:

“If in the future we were to allow customers to deposit and withdraw cryptocurrencies into and from our platform, such deposits and withdrawals could result in loss of customer assets, customer disputes and other liabilities, which could adversely impact our business, financial condition and results of operations.”

Here, in plain text, Robinhood states that allowing people to exit the market would “adversely impact” their business to the extent that they would prefer to restrict users from doing so. Later on in the document, they argue that another reason they restrict such activity is because users may incorrectly enter wallet addresses, or send cryptocurrencies to wallets running on other blockchains, and that this activity could damage the brand’s image or reputation.

If users are unable to withdraw their funds from an exchange, then it calls into question whether users even own their coins in the first place. This revelation seems to suggest that they do not.

Robinhood’s words imply that their users are not skilled or intelligent enough to handle the crypto industry. The irony is that, by saying they cannot manage withdrawals, Robinhood has admitted that it is actually the company itself that cannot handle the industry.

Withdrawals are a fundamental part of practically all crypto exchanges. It may be the most significant tool available for customers as it allows them to have autonomy over their own money, which is one of the core tenets of the crypto markets as a whole.

In the text, Robinhood noted that in the future they might offer this capability, but considering the lengths at which they have gone to explain why they do not, it seems highly unlikely. This is yet another sign of Robinhood’s apathy for its own userbase, the very same apathy that led them to be fined $70 million for negligence towards its customers, of which it was ill-prepared to pay.

Robinhood’s public image is at an all-time low, but considering the revenue it made in 2021 so far, it is hard to say whether its reputation will harm the company all that much. Despite its consistent failures to treat its customers fairly and uphold its platform, it is bringing in huge amounts of revenue. It will be interesting to see how stock traders react when the IPO is officially launched.

Are you surprised by how important Dogecoin is to Robinhood’s revenue? Let us know in the comments below.