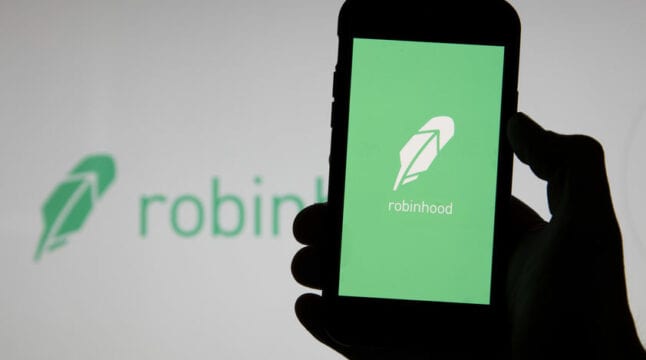 The Financial Industry Regulatory Authority (or FINRA) has fined the stock trading and investment platform, Robinhood, $57 million, as well as ordered the company to pay an additional $12.6 million in restitution to the customers that it wronged. This is a total of $69.6 million, the highest penalty ever issued by the regulatory body, designed to “reflect the scope and seriousness of the violations” at hand.

FINRA cited four distinct reasons for issuing Robinhood with this historic fine. Among other areas, its investigation focused on the platform’s use of misleading and false information which it provided to its customers, dating from as early as September 2016.

Robinhood was found to negligently mislead its users on critical information such as customer’s balances, whether they could place margin trades, the facing of margin calls, providing inaccurate information on buying power (or negative buying power), and the risk of loss with some transactions.

This negligence culminated in the tragic death of 20-year-old Alex Kearns, a retail trader who took his own life in 2020 when his Robinhood account falsely displayed his balance as minus $730,000. As a result, Robinhood now has to pay over $7 million in restitution to other customers who were wrongly displayed similar information.

The second point in FINRA’s findings is that Robinhood failed to appropriately check the identities of customers who were opening accounts, dating as far back as December 2017. All U.S.-regulated stock trading platforms are required by law to diligently check the identities of their users to make sure that no dubious or suspicious activity is taking place on the platform.

Rather than using humans to check this, Robinhood used algorithms, or “option account approval bots”, to verify sensitive user information. However, these bots approved of accounts even when users gave illogical or inconsistent data.

In their third point, the regulatory body found that from January 2018 to February 2021, Robinhood faced numerous outages in its website and app, leaving customers unable to trade during highly volatile market behavior. This meant that many customers lost out on making significant trades, withdrawals, or other market activity, and as a result, the platform is forced to pay over $5 million in restitution to these people.

And finally, Robinhood was also found to have failed in handing over tens of thousands of customer complaints to FINRA, a requirement for all US stock trading platforms. Many of these complaints pertained to the failures noted in FINRA’s findings, such as outages and misleading information about balances and buying power.

It has been suggested that Robinhood was unprepared to pay such a monumental fine, as they only put aside $26 million in damages. This is only enough to cover about 37% of the whole fine.

Robinhood’s wrongdoings, and its subsequent fine, come as no surprise to investors, especially those who have used the platform in the past. This is a company that has a tremendously low reputation in the retail trading sphere, one that it may never be able to repair.

While Robinhood’s negligence and non-compliance with regulations dating as far back as 2016, it was in early 2021 when global trust in the company fell significantly. This was due to Robinhood imposing trading restrictions on critical stocks such as GME and AMC, which resulted in 49 lawsuits being taken out against them.

Notably, the current penalties are unrelated to Robinhood’s supposed involvement in the GME and AMC stock battles, but nonetheless, this all contributes to the company’s atrocious public image and is a testament to the dubious nature of the company. Robinhood is also known to act suspiciously with regards to cryptocurrency, as it does not let users withdraw or transfer their assets out of the platform, causing users to rightfully question their ownership of them.

This historic fine could affect the platform in more ways than one. Not only will the company have to pay significantly more than they had put aside, but it could harm their chances of successfully going public, which they still plan to do. This is very likely to cause investors to proceed with caution when looking to trade in the company’s IPO.

Robinhood will have to be on its best behavior in the future, as government officials have awoken to their previous malpractice, and are likely to be closely monitored in the future. US Senator and Senate Finance Committee member, Elizabeth Warren has shown disdain for the company, and has called for stronger sanctions, as one of the Senator’s biggest focuses right now is on regulating stock trades and investments.

Do you think Robinhood’s IPO will be successful? Let us know in the comments!