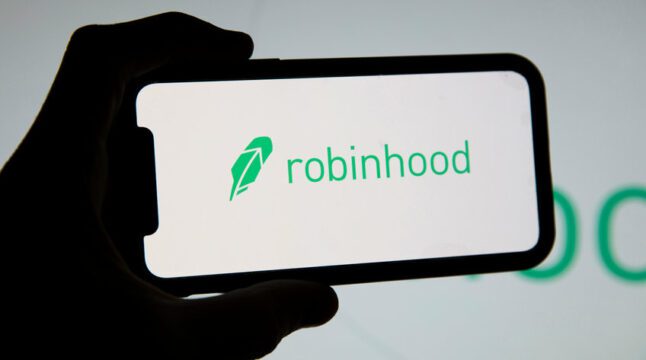 Robinhood’s damaged reputation and obscured revenue mechanisms could make it less competitive in the long-run.

From folk hero to perceived villainy, Robinhood has made quite a story arc. A week after its IPO launch last Thursday, CEO Vlad Tenev decided to “flip” 1,500,000 shares of $HOOD. Is this an indicator of larger issues at hand—or a standard practice on IPO day?

After much anticipation and regulatory hurdles, Robinhood’s IPO finally went live on July 29th. Nasdaq listed Robinhood Markets, Inc. under the HOOD ticker, opening at $38 per share. However, within a day of trading, HOOD price dropped by 8.4%, indicating a potential overvaluation.

Given that Robinhood reached a massive $32 billion valuation prior to IPO, this initial deflation was seen by some investors as a flop. Nonetheless, HOOD quickly rallied to its week’s ATH price of $48.38, with minor fluctuations as of press time. Given all we know about Robinhood’s controversial history, is this 21% rally sustainable?

One has to keep in mind that the stock market is as much about psychology and omens as it is about technical analysis. In this light, let’s explore one way in which Robinhood’s future could lean—be that bearish or bullish.

Whatever one thinks of Robinhood now, it will go into the annals of financial history. Its CEO, Vlad Tenev, had a vision to bring high finance to the masses, by offering commission-free stock trades. Indeed, that is exactly what happened, each year bringing exponential growth to Robinhood’s user count.

As of 2021, it is estimated that Robinhood has about 18 million users. The most telling fact about Robinhood’s successful branding is that the vast majority of those users are retail investors, as demonstrated by Robinhood’s average account size compared to its closest competitors.

Although Robinhood somewhat eroded its appeal due to frequent outages just when investors needed the trading app the most, it was not until late 2020 when Robinhood’s “Democratizing finance for all” branding hit the brick wall.

During the 2020’s suspension of much of social life around the world, there was never a greater opportunity to engage in stock trading. To many, it had become a hobby, replacing sports bars and other social activities. Day trading had grown to such an extent that Wall Street analysts dubbed its impact on the stock market as the “Portnoy Top”, after social influencer Dave Portnoy of Barstool Sports.

Little did they realize this was only the beginning of what can happen when the power of social media is combined with the power of easy and commission-free stock trading. Seeing that iconic retail chains – GameStop and AMC Entertainment – are about to go bankrupt in the midst of lockdowns, retail traders went against the prevailing short-selling winds.

Unfortunately, the WallStreetBets crowd, self-styled as “apes”, soon realized there is no such thing as a free lunch. At the height of short-squeezing Wall Street hedge funds, Robinhood pulled the rug out from under retail traders, by restricting trades on the largest shorted stocks – GME and AMC.

Fast forward over multiple Senate hearings, and it became clear that Robinhood’s “free” trading is free because it sells traders’ orders via the so-called Payment for Order Flow (PFOF) business model. Altogether, it turned out that a large portion of Robinhood’s income for 2020 came from PFOF and transaction rebates. To make matters more interesting, a massive source of Robinhood’s income was market maker Citadel Securities itself. Citadel Securities is majority owned by Ken Griffin, who also happens to be the majority owner of hedge fund Citadel LLC, which had a significant stake in GME short seller Melvin Capital.

Melvin lost 49% on all investments made in Q1 2021, due to the retail-led rally. Griffin and others had to step in and bail out Melvin Capital, throwing $2.75 billion their way.

Due to many irregularities occurring in that period, as of July, FINRA slapped Robinhood with a historic 70$ million fine, accounting for misdeeds all the way back to December of 2017. For comparison, this fine represents 13.4% of Robinhood’s Q1 2021 revenue of $522.2 million, $331 million of which coming from PFOF.

How Many Shares Did Robinhood CEO Vlad Tenev Sell on IPO Day?

As Robinhood filed for its IPO, it has been revealed that it suffered a $1.4 billion net loss in the same Q1 2021 period. This loss included a:

The loss represents 3x Robinhood’s revenue for the period. Moreover, Robinhood’s estimated annual revenue is not that much higher, at $2.3 billion. With the current estimated valuation sitting at $32 billion, we are left with a price-to-sales (P/S) ratio of 17.

We arrive at that P/S ratio by dividing Robinhood’s market cap ($40.48 billion) with its yearly income ($2.3 billion). For contrast, the world’s most successful company, Amazon, has a P/S ratio of 4. Meaning, Robinhood’s P/S ratio is over four times less than Amazon’s, indicating its valuation should be well under $20 billion.

Outside of Robinhood’s P/S ratio, the first big indicator that the stock trading platform is overvalued comes from the CEO himself. On July 28th, 2021, Vlad Tenev sold $45.5 million worth of 1.25 million shares.  While this is not itself that unusual, it once again reveals the clash between Robinhood’s branding and actions. Remember that prior to Robinhood’s IPO launch, the company issued the following statement:

“Like any investment you make, you can sell the shares you received through IPO Access at any point in time. However, if you sell IPO shares within 30 days of the IPO, it’s considered “flipping” and you may be prevented from participating in IPOs for 60 days. This policy applies to all IPOs offered on IPO Access.”

Now that Tenev himself has seemingly engaged in “flipping”, it remans to be seen how much more branding clashes the company can endure. More importantly, the stock trading app market is now rife with competition, offering greater transparency and stability. Lastly, it certainly doesn’t bode well when the Department of Justice seizes the CEO’s phone the day before the IPO, on top of already having received FINRA’s record-breaking fine.

Do you think there is too much shady activity going on with Robinhood, or will its popularity pull through with the sheer weight of momentum? Let us know in the comments below.