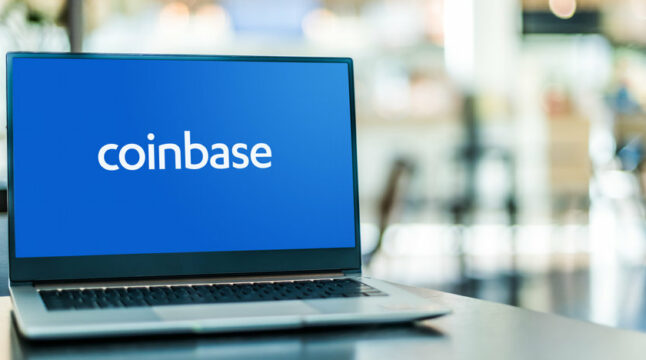 Q4 2021 Earnings Strong for Coinbase and Block, but not Robinhood

Both companies beat expectations in Q4 2021 showing strong performance in the quarter, unlike the largest retail trading platform.

Released in tandem, earnings for Coinbase and Block show above-average market performance. Yet, investors perceived one more favorably over the other due to better market positioning. Fundamentally, both performed better than Robinhood in Q4 2021.

On February 24th, both Coinbase and Block (former Square) published their Q4 2021 financial reports. Each company occupies substantial space in the crypto/FinTech sector.

Coinbase is the largest US crypto exchange with at least 89 million retail customers. It also provides crypto services to corporates and institutions. Recently, it offered its blockchain analytics software to law-enforcement federal agencies to help prevent money laundering and fraud and plans to expand its operations by 2,000 more employees, also while launching its own NFT marketplace this year.

On the other hand, Block is a hybrid FinTech/crypto firm headed by Jack Dorsey, a known Bitcoin maximalist and former Twitter CEO. As a payments gateway competing with PayPal, Block’s cornerstone platform is Cash App, offering stock trading and Bitcoin as the only cryptocurrency on offer.

Block’s major step towards new markets was its acquisition of Afterpay for $29 billion, announced last year but finalized this January. Afterpay is an Australian ‘buy now, pay later’ (BNPL) platform, growing increasingly popular during the C19 fallout, as online shopping and the need to distribute purchases over a longer period of time became more prevalent.

Coinbase’s shareholder letter shows that the company exceeded expectations for 2021. Its total revenue went up to $2.5 billion from merely $585.1 million for the same quarter of 2020, which is a 327% increase. Investor forecast pegged the figure to be at $1.94 billion at the lower range, or $1.85 earnings per share (EPS).

Of that revenue, $500 million came from subscriptions and services. Notably, Coinbase increased its institutional customer base by 50%, with a doubling of Custody customers. For the entire 2021, Coinbase generated $3.6 billion in net income, an 11x increase from 2020.

As for the breakdown of its core business, trading cryptos, Bitcoin, and Ethereum equalized in trading volume shares for the first time, 16% vs. 16%. Likewise, altcoins took the lead in Q4 by making 68% of total trading volume, the largest share yet.

However, despite these impressive growth figures, Coinbase has to deal with the fact that it is now a publicly-traded company. Counter-intuitively, its stock COIN went down 14% yesterday, which is the same percentage Moscow Exchange (MOEX) dropped by in the immediate aftermath of Russian forces commencing Ukraine operations.

Another reason for COIN stock to drop hides in the report’s outlook section for Q1 2022. It reported $200 billion to-date trading volume, which is heading for lower than the previous quarters’ figures. Furthermore, the outlook concluded with a lower Monthly Transacting Users (MTU) growth.

“Accordingly, we believe that retail MTU and total Trading Volume will both be lower in Q1 2022 as compared to Q4 2021.”

The same applies to subscription and services revenues compared to Q4 2021. With that said, Coinbase (COIN) appears to be rallying from the drop, just as Bitcoin swiftly recovered, demonstrating that it has some resistance to geopolitical crisis FUD.

Block’s shareholder letter didn’t disappoint either, but with a caveat. Its Q4 recorded a $1.18 billion gross profit, a 47% increase YoY (year over year). Block’s bread and butter, Cash App, was responsible for much of that cash inflow, at $518 million, which is a 37% YoY increase.

While these growth figures are positive, the caveat is that Q4 recorded a net loss of $77 million, the Block’s first negative quarter in over a year.

Nonetheless, Block’s overall gross profit for 2021 sits at $4.42 billion, a YoY of 62%. Most importantly, there are a number of long-term positive indicators investors like:

For these bullish long-term indicators, Block (SQ) stock saw no major downturns besides the expected Ukraine dip, going up by 13.4% for the 5-day period and outperforming Bitcoin by 10%.

Lastly, both Coinbase and Block offer some set of services that Robinhood specialized in – stock and crypto trading for zero-commission. Accordingly, it is appropriate to see how the lawsuit-laden star of the GameStop short squeeze is doing.

Exhibiting up to a 15% drop like most of the stocks due to Ukraine FUD, Robinhood (HOOD) dropped the ball when it comes to showcasing its fundamentals to investors. In a nutshell, Robinhood’s earnings are well under street estimated forecasts. Specifically, Bloomberg’s forecast for its net revenue of $370.9 million.

For Q1 2022, Robinhood expects further revenue decline under $340 million, which would constitute a 35% drop compared to Q1 2021. To add to the financial erosion, Robinhood expects a 15 – 20% YoY increase in total operating expenses, resulting in share-based compensation to decline 35 – 40% YoY.

With that said, Robinhood is still the largest retail trading platform. Moreover, it nearly doubled its users by adding 10 million net funded accounts during 2021. This gives Robinhood plenty of margin to recuperate and adjust to macroeconomic volatility ahead.

With the stock market exhibiting volatility one could find in the crypto space, which type of trading do you prefer and why? Let us know in the comments below.