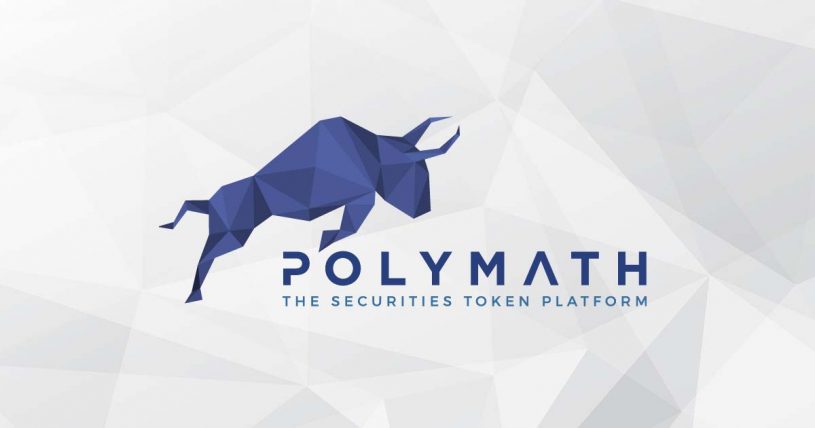 Polymath Releases Update with Offerings Pegged to Fiat, other Features

As of November 16th 2018, Polymath has announced the release of v2.0.0 following the success of its ST20 security token standard. The new version allows for offerings pegged to fiat, forced transfers, tax withholding, and address exclusion.

Polymath’s previous release— v1.3.0— saw legitimate interest as a decentralized application on Ethereum’s mainnet. Since its launch in August 2018, over 40 security tokens were deployed with more than 100 token symbols registered on the platform.

Version 2.0.0 brings several new features to counter some issues that users experienced with previous versions, as well as additional benefits based on the needs of the growing security token industry.

Polymath Partners with MakerDAO to Peg Offerings to Fiat

Perhaps the most appealing of the added features includes Security Token Offerings (STOs) pegged to fiat. Previously, issuers could only raise funds in ETH or POLY. Consequently, many issuers had to calculate transactions with fluctuating cryptocurrency exchange rates.

Now, all calculations will be pegged to fiat, and most frequently, USD. Tokens no longer have to be priced in ETH or POLY, but instead, a USD price will automatically calculate the number of ETH or POLY needed for a transaction. In this sense, issuers will still be receiving ETH or POLY, but without the need to constantly adjust transactions based on fluctuating exchange prices.

Polymath has partnered with MakerDAO to make this happen. MakerDAO is set to provide both a POLY to USD price feed, as well as an ETH to USD feed.

In addition to the newly pegged offerings, issuers will now be able to define both a minimum investment amount and an investment cap per non-accredited investor.

Another feature of v2.0.0 includes forced transfers for Polymath’s ST20 token standard. Out of all ERC-20 compatible security token standards, forced transfers seem to be unique to the ST20. These allow for an issuer to take tokens from a wallet without the token holder’s permission or any other rules in place. While the concept may sound intimidating to some, it is essential in the security token space.

Security tokens involve the tokenization of real-world assets: financial securities. Such assets are regulated by various agencies and commissions throughout the globe, such as the SEC. In the case of legal action or fund recovery, many issuers need to maintain a final authority on their tokens for the sake of regulatory compliance.

Polymath used the example of marital divorce to show the benefits of such a process:

“[A forced transfer], while controversial to some in the crypto world, allows for use cases that are required for “real-world” securities. For example: In the case of a divorce where a shareholder/tokenholder is required to give 50% of her tokens to her ex-spouse, forced transfers are absolutely necessary. Without forced transfers, it would be impossible to do that if the tokenholder refused to comply with a court order.”

It is important to note that the forced transfer feature is not obligatory— every token issuer will have the option to permanently turn-off forced transfers.

Another added feature includes tax withholding. Here, issuers can define a certain percentage of dividends based on the jurisdiction of the investor and the company. That percentage will be withheld from the user’s access, for the sake of the company’s compliant tax withholding procedures.

In addition, address exclusion will also be available with v2.0.0. With this, issuers will be able pay dividends only to the applicable token holders— not to every wallet that holds the token in question. To illustrate its utility, consider the case of a company with a reserve wallet, for example, which holds 50% of the total supply of tokens. In this case, no dividends will be paid to the reserve wallet. Instead, the portion of dividends which would have gone to the reserve wallet will be received by the appropriate shareholders.

The announcement of v2.0.0, just months after v.1.3.0, emphasizes the speed of development in the security token space. With increased SEC activity against the common ‘utility’ token, more and more companies are shifting direction from ICOs to STOs.

Whether or not the ICO will survive is yet to be seen. But with many developments adding to the strength of the security token sector, the STO is quickly gaining a solid foundation.

What do you think of Polymath’s v2.0.0? Will this make Polymath a leader of ERC-20 compatible security tokens? Let us know what you think in the comments below.