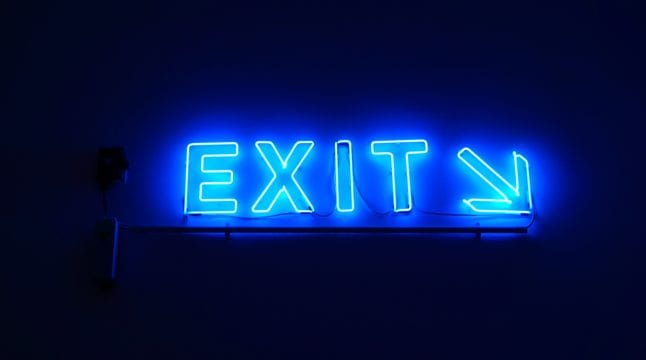 Is it a sign of things to come for the security token industry?

In a statement through their official blog on June 21, 2020, Neufund made clear what many have suspected. The European environment for security tokens is not nearly as welcoming as initially anticipated.

Why Did Neufund Leave the Security Token Industry?

In a surprising turn of events, Neufund, known for its many pioneering solutions in the securities and blockchain sphere, decided to give up on its main thrust that elevated them to such a pioneering role. If you recall, Neufund was the first to conduct an Equity Token Offering in 2018.

It was also the first FinTech startup to deploy an Initial Public Offering (IPO) powered by blockchain in 2019. The privilege of such first tokenized equity belonged to Fifth Force GmbH, Neufund’s parent company. Neufund even received a regulatory green light to offer security tokens to retail investors in late 2019.

Founded and headed by Zoe Adamovicz in 2016, she recounts the tale of futile interactions with politicians as the company tried to keep afloat, something that is not all that easy to accomplish at the best of times. In a European setting, with strict regulations and entrenched EU bureaucracy, such a task proved to be unworthy of further efforts despite Europe’s great potential for security tokens:

After countless meetings between entrepreneurs with politicians and financial authorities it became clear that while there are high demand and opportunity for this type of change, the authorities have stifled this plan, blocking the innovation in its tracks.

Spurred by the increased economic uncertainty resulting from governments’ response to coronavirus, Adamovicz has put all current projects on hold, as well as revamping Neufund’s entire roadmap for the foreseeable future.

The barriers built by regulators reinforced with the lack of dialog, especially during the current economic and social situation made us review our product roadmap and the platform’s future. There is no reason to wait for the new “normal” in order to change course. Today we announce that we’ve decided to pivot, put aside our Equity Token Offering project, and pause upcoming fundraising campaigns.

Adamovicz assured Neufund clients that all current token offerings will be maintained on their platform. This means that all previous token holders and investors will continue to have uninterrupted ownership of their tokens, wallets, and any other activities in the interim.

It seems that COVID-19’s impact surpassed Adamovicz’s projections. In May, she clearly stated on Neufund’s blog that the COVID-19 situation did not impair their ability to continue developing products and services on their roadmap. As far as her dealings with EU politicians and bureaucrats go, she seems to have come to the realization that their intransigence is not merely an exercise in reasonable caution.

But the last months showed that financial authorities are not just slow, they are paralyzed with the fear of new technologies and avoid any dialogues or decisions hoping that someone else, like global corporations or other countries, would deal with it.

Nonetheless, abandoning their bread and butter doesn’t mean that Neufund is suddenly defunct. Later this year, they are set to announce a new product related to the FinTech sector.

Lastly, although Adamovicz mentioned bureaucratic intransigence and COVID-19 exacerbation as the main culprits for Neufund’s pivoting, it bears keeping in mind that tokenized securities have suffered from limited liquidity since their inception.

According to Brian Farber of Securitize, this has more to do with the novel and cognitively cumbersome nature of security tokens than anything else.

Given NeuFund’s past trajectory, what do you expect will be their next project? Let us know what you think in the comments section below.