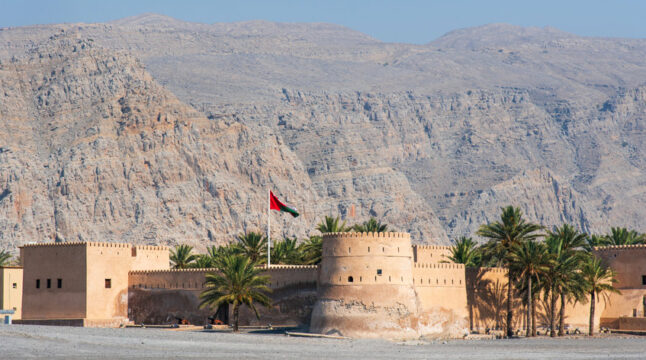 Developing reports suggest that Oman Investment Authority has participated in a $350 million equity round investment in Crusoe Energy Systems in April. The Denver-based Bitcoin mining firm is a pioneer in using stranded natural gas to mine the foremost cryptocurrency.

Crusoe will open an office in Muscat, Oman, as part of the agreement. This will aid the deployment of power generators and mining equipment for capturing gas at well sites. The move is vital due to the harmful effect of gas flaring on the environment. The Middle East and North Africa account for about 38% of global gas flares.

Gas flaring refers to the burning of excess natural gas associated with oil extraction. According to the World Bank, the practice has persisted since the commencement of oil production over 160 years ago.

The practice persists because it is a relatively safe method of disposing of gas associated with oil production. However, flaring is a massive waste of a precious natural resource that should be put to profitable use, like electricity generation or conserved. For example, around 144 billion cubic meters of gas was flared in 2021, enough to power all of Sub-Saharan Africa.

Furthermore, it also results in environmental pollution, which has seen it face heavy criticism from environmentalists globally. Flaring results in the release of greenhouse gases (GHG) into the atmosphere, which contributes significantly to global warming. Asides from that, soot or black carbon, a residue of the flaring process, is also released, causing further climate concerns.

Meanwhile, gas flaring has persisted due to various issues, from the market and economic constraints to a lack of appropriate regulation and political will. Nonetheless, regulatory bodies have started to tackle the practice. The World Bank and the United Nations launched the Zero Routine Flaring by 2030 (ZRF) initiative in 2015.

Consequently, the venture enjoins governments and oil companies not to flare gas in new oil field development and to end existing (legacy) routine flaring. The set target is 2030, with several countries, including Oman signing up for the initiative.

According to Ismail Ibrahim Al-Harthi, senior manager of technology investments at Oman Investment Authority, the deal with Crusoe confirms its commitment to stick to the Paris climate agreement. He said,

“Oman is committed to reducing greenhouse gases in line with the Paris climate agreement,”

While gas flaring continues to face criticism, cryptocurrency mining has also received a fair share of criticism. It is labeled energy-intensive as it heavily relies on natural gas combustion and is responsible for 0.08% of global CO2 emissions.

The issues associated with Bitcoin mining led to the recent Chinese ban on all mining activity. This resulted in miners migrating to other countries with favorable Bitcoin laws like Kazakhstan and the US.

However, the energy-intensive nature of Bitcoin mining makes it suitable for gas flaring to power the entire process. US senator Ted Cruz initially suggested this and encouraged miners to take advantage of the opportunity. Nic Carter, the co-founder at blockchain data aggregator Coinmetrics.io, further supported his sentiments. He tweeted.

Crusoe has now taken the lead and is pioneering the use of gas flaring to mine Bitcoin. In March, it joined forces with US energy behemoth ExxonMobil to work on a pilot project to supply flared gas to Bitcoin miners. Amongst its clients are  Canadian oil firm Enerplus, Oklahoma City-based Devon Energy, and the government of Oman.

Furthermore, the company keeps all Bitcoin it mines and concentrates on setting up shops in places where building infrastructure to reduce flaring is economically impossible. Next year, it plans to launch its first gas-for-Bitcoin pilot operation in Oman.

Despite its best effort, Crusoe still receives criticism for its activities, leaving one to wonder if its actions are good enough for the environment or not.

Do you think Crusoe’s endeavor to mine Bitcoin with gas flaring is good for the environment? Let us know your thoughts in the comments below.