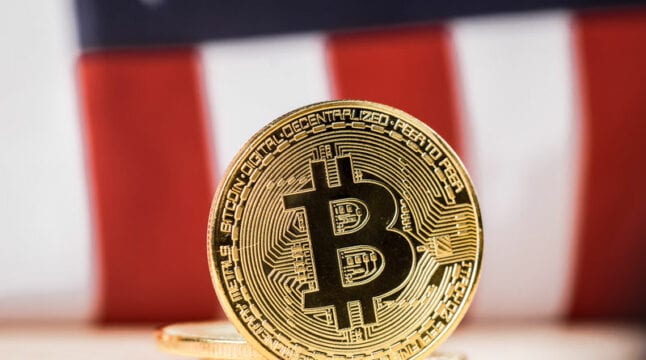 No-Fee Bitcoin Trades are Coming to the U.S. as Market Heats Up

Strike embraces Bitcoin, setting forth to be the cheapest and easiest place to purchase BTC in the US.

Lightning Network payments platform Strike has revealed that it will soon allow US customers to acquire Bitcoin with no fee outside of the market spread. In the announcement, Strike exceptionally focused on the subject of trading fees. It cited Coinbase’s fees to be more than 3% while stating that they plan to reduce costs to a diminutive amount of 0.1%.

Strike Plunges into US Bitcoin Market

In an announcement on July 1, Jack Mallers, founder and CEO at Strike, unveiled that the company will now allow US traders to buy Bitcoin with negligible fees. Mallers claimed that their platform would be the cheapest and easiest place on the planet to purchase Bitcoin.

With this move, Mallers takes direct aim at Brian Armstrong’s Coinbase and Jack Dorsey’s Square, calling their trading fees “asinine.” Alesia Haas, Coinbase CFO, had previously rationalized that they don’t compete on fees, rather they “compete on being the most trusted”.

However, Mallers argues that there is no inconsistency between competing to be the most trusted and also competing on fees — one can compete in both areas simultaneously if one wants to. Strike CEO further rails against Coinbase by stating that they promote “shitcoins” using their expensive pricing — 94% of Coinbase’s net revenue in Q1 of 2021 came from transaction fees.

“How can they afford free shitcoin customer acquisition? Well, probably because they overcharge users to acquire bitcoin. Make no mistake, when you buy bitcoin on Coinbase, you are supporting shitcoins.”

Mallers was also critical of the newer crypto adopters like Venmo and CashApp. He said that while Coinbase is the most expensive one with 3% fees, Venmo and CashApp often charge retail well over 2%, which is still pretty expensive.

Strike’s Fees for Bitcoin Will Only Include Spread

Strike claims that its users can buy Bitcoin with no added fees other than the market-spread execution cost the company will have to pay to its execution partners. To put this into perspective, currently, the fees will be well below 0.3%. Moreover, the company aims to further reduce the fees to levels below 0.1% as volume grows.

As of now, the company has added a Bitcoin buying tab—Bitcoin Tab—to its platform, which is the go-to place for purchasing Bitcoin. However, Mallers insist they provide the easiest way to acquire Bitcoin, he stated:

“A user simply navigates to the Bitcoin Tab, clicks buy, enters the amount, and confirms the purchase.”

Furthermore, Mallers asserts that they plan to add more features alongside the Bitcoin buying option — e.g., getting paid in bitcoin or receiving rewards in bitcoin.

A Look into the Coinbase Fee Structure

In general, in a single trade, Coinbase can charge a trader up to 3 distinct fees.

The first type of fee is the spread, which is typically 0.50% for purchases and sales. However, Coinbase discloses that, at times, the actual spread may be higher or lower due to market fluctuations.

The third fee, which may be charged seldomly, is an additional fee on transfers to and from bank accounts. To put all this into perspective, a US customer who proceeds to spend $100 and purchase crypto through Coinbase using a debit card might get less than $96 worth of crypto — this is more than 4% in fees.

In the first quarter of 2021, Coinbase reported a staggering net profit of over $771 million. Of this net revenue, approximately 94% came from transaction fees. Comparatively, Coinbase charges the highest trading fees compared to its rivals in the US.

Do you plan to use Strike to purchase Bitcoin? Have you ever purchased crypto using Coinbase? If yes, how much were you charged in terms of fees? Let us know in the comments below.