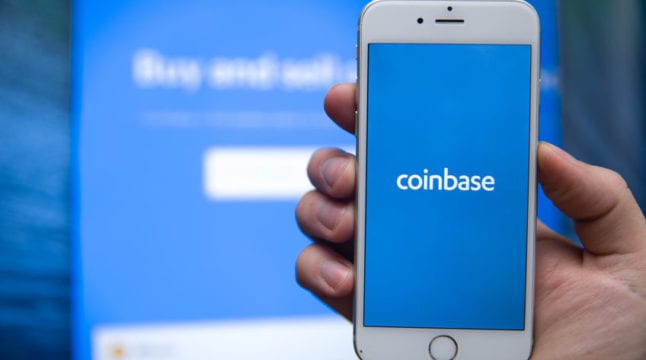 Reflections on Coinbase's first day of public trading, which experienced much success.

Coinbase Trades on NASDAQ and Binance

Coinbase, the world’s second largest crypto exchange by trade volume, traffic, and liquidity is on its way to become even bigger, possibly unseating Binance in the near future. On March 14th, 2021, Coinbase went public on NASDAQ listing under Coinbase (COIN) stock. However, it will be a direct listing instead of the usual IPO route – Initial Public Offering.

The difference being that direct listing raises capital by only having existing shares made available to be sold to the public, while an IPO creates new shares which are pledged (underwritten) to be sold to the public. In addition to the NASDAQ direct listing, the world’s largest crypto exchange – Binance – will also list a Coinbase Stock Token (COIN).

Binance’s Stock Tokens, while they differ from synthetic assets in DeFi, are another novelty as the world of crypto and traditional finance continue to interface. They are just like stock shares, except tokenized – zero-trading fees, backed by the company’s portfolio and they even offer dividends — if applicable in the ‘real-world’.

The initial evaluation of COIN stock was referenced to be $250 per share, with a pre-trading evaluation of $66.5 billion. However, once COIN became available, shares initially traded at $381, marking a nearly $100 billion valuation for Coinbase.

If you’ve been paying attention as to which factors contribute to a company’s market capitalization, i.e., the worth of its stock shares, you would know that much of it relies on speculation. In the crypto realm this is even more pronounced. Coinbase’s “true” value is highly disputed. Some analysts think it is worth merely 20% of its market cap.

Within that range, Coinbase would go straight up to the top 100, most valued companies in the world, right next to Citigroup. However, given the novelty of the situation – the first crypto exchange of considerable size to be listed on NASDAQ – we may see a frenzy of activity, elevating its valuation to even double the optimistic $100 billion.

Moreover, Coinbase is not merely a crypto exchange. If you recall, Coinbase received an E-Money License from the Central Bank of Ireland all the way back in 2019. This was after Coinbase had been granted such a license in 2018 from the UK’s Financial Conduct Authority (FCA). Effectively, this means that Coinbase has become a sort of virtual bank in which you can borrow up to $100,000 by using Bitcoin as a collateral.

While Goldman Sachs has over 40,000 employees, Coinbase has just 1,700. This effectively means that Coinbase has a market cap comparable to Goldman Sachs, with roughly 4% of the financial giant’s employee base.

Speaking of the number of employees, Coinbase had gifted its 1,700 staff with 100 shares per person just before the listing, which translates to $25k per employee. If Coinbase shares double in value as some speculate, that would still not be enough to buy a single BTC.

Needless to say, this is also good news for Coinbase as its fortunes are tied to the growing popularity of cryptocurrencies, with Bitcoin leading the pack. No doubt, such considerations will be the tipping point for many to decide to buy the COIN stock, either on NASDAQ or in its tokenized form on Binance.

Despite the endless sea of headlines, Coinbase’s competition has experienced significant attention as well. Binance Coin (BNB) has been outperforming Bitcoin (BTC) since February.

Currently with a market cap at $87.4 billion, BNB is tied to the fortunes of the exchange just like the Coinbase (COIN) stock token is poised to. Of course, by holding BNB you don’t own a part of the company, but BNB draws its value from its profitable utility.

As an exchange token on the world’s largest digital asset exchange, you can pay fees in the Binance ecosystem of services. And sometimes that even grants you a discount as the company encourages for more traders to use its native currency. With this feedback in play, Binance had already managed to indirectly place the company’s staking tool – stock share – into people’s hands.

Furthermore, Binance Smart Chain (BSC) has exploited its direct competitor. Of course, this is a reference to Ethereum’s ongoing upgrade and exorbitant transaction fees, which detract from DeFi’s mission to become a frictionless alternative to traditional finance.

With approximately 35 times lower fees, both BNB and BSC provide additional incentives for people to partake in its ecosystem. This is why BSC is the first Ethereum alternative to have overtaken it in terms of active wallets, with 105,000 in favor of BSC compared to Ethereum’s 75,000. It seems Binance has all of its ducks in a row, without even having to go public like Coinbase.

If you decide to invest in Coinbase, will you buy its stock shares or the novel stock tokens? Let us know in the comments below.