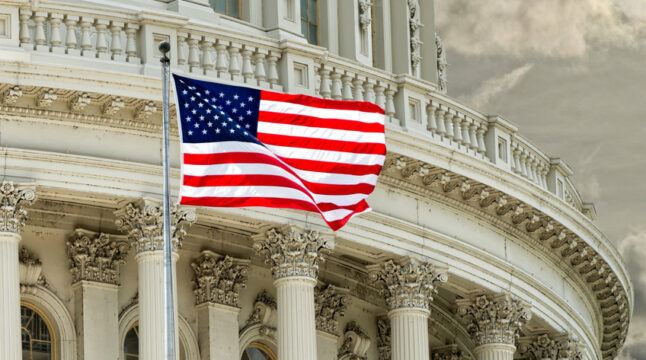 Does freedom of choice extend to 401(k) retirement plans?

On Thursday, US Senator Thomas Tuberville (R-AL) introduced the Financial Freedom Act to allow people to include cryptocurrencies in their self-directed 401(k) portfolios.

The term “self-directed” is the key feature of 401(k) savings plans, also called participant-directed. From stocks and bonds to mutual funds, people have a choice in allocating their assets. However, when Fidelity Investments decided to catch up with time and introduce Bitcoin to its 401(k) last month, it met stiff resistance from the Department of Labor (DoL).

As a brokerage and asset manager holding $4.2 trillion AuM and employing 65,000 people, one would assume Fidelity would know best about asset risks. However, DoL invoked the Employee Retirement Income Security Act of 1974 (ERISA) to erect a regulatory barrier to 401(k) crypto adoption, citing the “early stage in the history of cryptocurrencies” concern.

The senators further framed cryptocurrency investing as akin to gambling. This is reminiscent of the current free speech vs. disinformation topic, with Elon Musk’s impending Twitter takeover. Specifically, even if one concedes all points made by Sen. Warren, does the government have the role to determine personal investment choices? Not according to Sen. Tuberville.

What is the Baseline Reasoning for the Financial Freedom Act?

By invoking ERISA against crypto inclusion in 401(k)s, Sen. Tuberville sees this as agency overreach. Specifically, as going against the established practice of “brokerage windows”. This is the critical part of the “self-directed” 401(k) plan, as it allows investors to trade securities by themselves through a broker.

Conversely, the brokerage window allows the trading of volatile assets themselves. For instance, penny stocks are considered as such. In fact, many penny stocks are more volatile than cryptocurrencies above the $10 billion market cap.

“The agency’s new guidance ends this tradition of economic empowerment in favor of Big-Brother government control. Additionally, the Labor Department’s overreaching guidance seeks to place a massive new regulatory burden on 401(k) plan fiduciaries by requiring them to assess the suitability of investments offered through a brokerage window and to restrict investment options.”

Does the Bill Have a Chance to be Enacted?

Through the Committee on Health, Education, Labor, and Pensions, the bill is just in the introductory stage. It then has to pass a vote in the Senate, a vote in the Congress, and then get signed by the President to become law.

Thus far, Sen. Tuberville sponsored or co-sponsored 157 bills, resolutions and amendments. However, almost all of them are either in the introductory or committee stage. Moreover, most of his past submissions revolved around veteran rights, armed forces and national security, with a third focusing on immigration issues.

Most importantly, Republicans in the Senate won’t have the majority, if one were to assume the bill would be backed across party lines. All considered the likelihood of the bill passing would significantly increase if there is midterm Senate seat flippening.

Is the Market Recovering?

Speaking of risky assets, the perfectly fine stocks to include in 401(k) took a dive from Thursday to Friday. The Dow Jones Industrial Average plummeted by 1,060 points, while Nasdaq lost nearly 5%. Likewise, S&P 500 index fell by 3.5%.

These were the worst single-day drops since the infamous 2020. However, over the last 5 days, they largely leveled out. Bitcoin and Ethereum, the top two coins holding 61% total crypto market cap at $1 trillion, followed suit into slightly greater negative territory.

It seems that it took a while before it sank in that the Fed’s latest 0.5% interest hike is not likely to impact the 8.5% inflation rate. With that said, this Friday morning, the Labor Department released a favorable jobs report, with 428,000 non-farm jobs added last month, which is above the Dow Jones forecast.

However, the inflation rate is still outpacing average hourly earnings growth, which is at 0.3%, a bit lower than the 0.4% estimate. By emphasizing that the 0.75% interest rate hike is off the table this Wednesday, Fed Chair Powell is likely trying to keep job figures in a positive direction.

After all, if borrowing becomes too expensive too soon, people are likely to suspend their consumer habits. In turn, this would overcool the economy into recession. Jamie Dimon, JPMorgan Chase CEO, placed the odds of this happening at 33%.

Do you think it is appropriate for the government to decide the level of risk one should engage in when investing, especially its economic decisions led to 40-year high inflation? Let us know in the comments below.