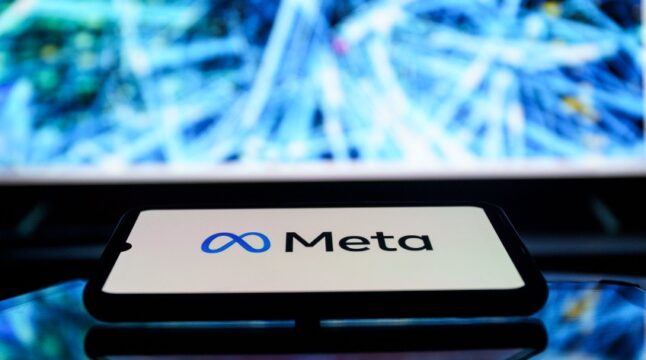 Meta Up 3.5% After News of Mass Layoffs Affecting Thousands

Meta's layoffs could be among the largest rounds in the recent tech job cuts and might affect thousands of employees.

Shares of Facebook’s parent company Meta have risen by around 3.5% as reports claim that the tech giant is planning to begin large-scale layoffs. The layoffs will allegedly be among the largest rounds in the recent tech job cuts and could affect thousands of employees.

Meta to Announce Layoffs by Wednesday

Meta is preparing for large-scale layoffs that could come as soon as this week, the Wall Street Journal reported Sunday, citing people familiar with the matter. The report said the layoffs could affect thousands of Meta’s more than 87,000 employees, with an official announcement expected to come by Wednesday.

This marks the first job cut by the social media giant since its founding of Facebook in 2004. As per the WSJ, the number of Meta employees that could lose their jobs might be the largest to date at a major technology corporation.

During the company’s third-quarter earnings call on October 26, CEO Mark Zuckerberg said that the company would “focus our investments on a small number of high-priority growth areas.” The statement came after Meta posted its second revenue decline in a row, reporting an operating income of $4.395, down 46% from the year ago. Zuckerberg added:

“So that means some teams will grow meaningfully, but most other teams will stay flat or shrink over the next year. In aggregate, we expect to end 2023 as either roughly the same size or even a slightly smaller organization than we are today.”

Meta’s stock has been one of the worst-performing S&P 500 Stocks in 2022, with the company’s shares being down by around 70% year-to-date (YTD). The company’s stock finished its latest trading day on Friday in the green, gaining more than 2%.

As reported, Meta announced a hiring freeze and cost cuts in late September amid challenging business conditions that have cumulatively removed over half a trillion dollars from the company’s market value so far this year. At the time, Zuckerberg said the company plans to reduce budgets across most teams.

It is worth noting that the growth of Meta’s flagship metaverse platform Horizon Worlds has fallen short of expectations, forcing the company to lower its target. The tech giant initially had a soft goal of reaching 500,000 monthly active metaverse users by the end of the year but has recently lowered its target to just 280,000 users.

In late October, a Meta investor went so far as to write an open letter to the company sharing advice on how it could get its “mojo back.” Brad Gerstner, founder, and CEO of Altimeter Capital, whose investment firm owns 2.5 million shares of Meta, said the company has lost its focus.

“Meta has drifted into the land of excess—too many people, too many ideas, too little urgency. This lack of focus and fitness is obscured when growth is easy but deadly when growth slows and technology changes.”

Notably, Meta is not the only tech company cutting jobs amid dwindling revenue. Elon Musk’s Twitter laid off roughly half the company’s workforce on Friday, while Microsoft had to let go around 1,000 employees in mid-October.

Nevertheless, reports about Meta’s upcoming layoffs have positively impacted the company’s shares, which have gained 3.52% in pre-market.

Do you think Meta would be able to continue its metaverse spending? Let us know in the comments below.