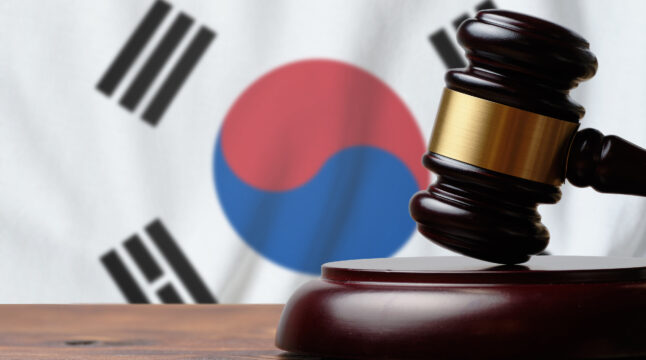 A South Korean judge dismissed the arrest warrant against Yoo Mo hours after the head of the business team of Terraform Labs was detained. Judge Hong even went a step further and cast doubt on whether LUNA can even be considered a security under Korean law.

On Thursday, October 6th, South Korean authorities arrested Yoo Mo. This action constitutes the first Terra-related arrest. The news came several weeks after a warrant was issued against Do Kwon himself—a manhunt that went international after Interpol got involved.

The case took an unexpected turn several hours after Yoo Mo was detained due to his connections with Do Kwon. A South Korean judge dismissed the arrest warrant and questioned whether the detainment was necessary.

The Judge went a step further and questioned whether the LUNA token can even be considered a security under the South Korean Capital Market Act. Up until the dramatic LUNA collapse in May, South Korea generally viewed digital assets as outside the jurisdiction of the Act and didn’t classify them as securities.

It is unclear whether the prosecution will request the arrest warrant be reissued and reassessed.

The Do Kwon Manhunt

While the Terra LUNA collapse had far-reaching ramifications since the very beginning, it found itself back in the focus in September when South Korea issued an arrest warrant after the token’s creator Do Kwon. Kwon has repeatedly taunted the authorities for failing to locate him since the warrant was issued claiming he’s “making zero effort to hide” and adding: “I go on walks and malls.”

Kwon also recently disputed the news that around $40 million in his assets were frozen by authorities. He tweeted that he can’t understand the reasoning behind publishing such “falsehoods.”

This Thursday, South Korean authorities ordered Do Kwon to return his passport. They threatened to revoke it if he does not comply. A day earlier, on Wednesday, a South Korean lawmaker called for a special prosecutor to be appointed for the case.

The Terra LUNA collapse was especially significant for South Kora since it affected more than 280,000 investors throughout the country. The collapse had intense international consequences as it sent several major companies including Celsius and Voyager Digital into bankruptcy.

Do you think that this ruling will lead to the dismissal of the warrant issued against Do Kwon? Let us know in the comments below.