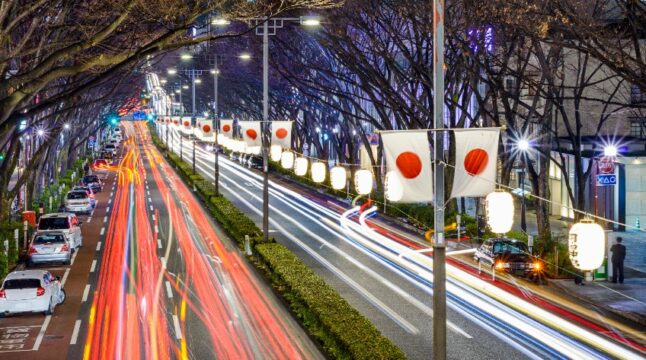 Japan Thanks 7 Mayors by Minting Commemorative NFTs: A New Tradition?

The Japanese government has awarded seven mayors with NFT rewards which are supposed to act as a “supplementary prize” in exchange for their efforts to revitalize local communities using digital technology. The one-of-its-kind move demonstrates a unique use case for non-fungible tokens — one that could find increasing popularity in the future.

This was the first time the Japanese government minted commemorative NFTs to thank officials. The country tapped the Ethereum blockchain to create the NFTs, using the proof of attendance protocol (POAP). The issued NFTs are non-transferable, meaning they cannot be traded on marketplaces, and have been developed in a way to make them suitable for commemoration.

Indiesquare, Bitflyer Holdings, Tree Digital Studio, and Tomonari Kogei, four major technology companies, supported the project. According to the report, Indiesquare’s low-cost blockchain platform, the Hazama Base, was used to issue and distribute the NFTs.

Prior to this, the Hazama Base was similarly used to issue and distribute NFTs at an event held by the Liberal Democratic Party Youth Bureau back in 2010. Notably, the Hazama Base allows everyone to mint NFTs without the need for coding.

A total of seven mayors received NFT prizes in exchange for their efforts with digital technology to solve local issues. Yamagata Prefecture, the mayor of Sakata, was one of the recipients who had suggested using electric vehicles for local deliveries.

Another recipient was Maebashi in the Gunma Prefecture, who had proposed using cameras on mobile devices to track changes in traffic conditions in real-time.

Known as a pro-technology company, Japan has been largely friendly toward the nascent crypto market. The country has regulated cryptocurrencies as a trading asset. As reported, Japan’s financial regulator proposed tax breaks for crypto and individual stock investors last month.

The country’s prime minister has also been a supporter of blockchain-based innovations like NFTs. In mid-May, Kishida said Web3-based projects will be part of the nation’s growth strategy going forward. Therefore, it wouldn’t come as a surprise if the government make the recent move some kind of a tradition.

Earlier this year, Buterin explored non-transferable NFTs in a blog post. At the time, he argued that “there is also a large and underexplored design space of what non-transferable NFTs,” adding that achieving SBTs would open a door “to blockchains being at the center of ecosystems that are collaborative and fun, and not just about money.”

And in May, the Ethereum founder co-authored a research paper explaining how non-transferable Soulbound Tokens (SBTs) can create a richer, pluralistic ecosystem within Ethereum. He specifically noted that a use case for SBTs can be in the Proof-of-Attendance (POAP) protocol, which was used by the Japanese government.

Do you think non-transferable NFTs can prove to have more utility than general NFTs? Let us know in the comments below.