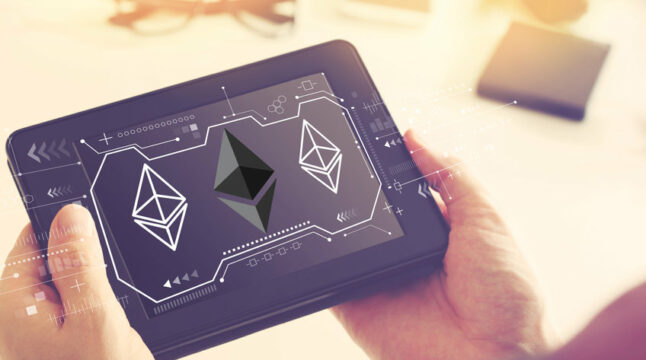 Buterin envisions an ecosystem that revolves around non-transferable social relationships built on trust.

Web3, as it stands today, is mostly based on financialized and transferable assets. These assets are in different formats, with ERC20, ERC721, and ERC1155 being the three most prevalent token standards on Ethereum, all of which can be transferred between network participants.

As the name implies, SBTs are tokens that can’t be sold or separated from their owners. These tokens can be stored in “Souls,” which are similar to accounts, or wallets, that can hold SBTs. By tracking the “commitments, credentials, and affiliations” of souls on-chain, SBTs would be used to better encode networks of social relationships in Web3.

By depending on SBTs, Decentralized Society (DeSoc) would allow “Souls and communities to come together bottom-up, as emergent properties of each other to co-create plural network goods and intelligences, at a range of scales,” the authors said.

Notably, DeSoc’s potential lies in its ability to facilitate new governance mechanisms that “reward trust and cooperation while protecting networks from capture, extraction, and domination.” In short, DeSoc aims to distance itself from Web3’s current hyper-financialized state toward a “more transformative, pluralist future of increasing returns across social distance.”

According to DeFi journalist Jason Levin, who has interviewed the paper’s co-authors, SBTs will be available by the end of the year. “I suspect the 2024 up cycle will focus on them,” Glen Weyl has reportedly said.

Potential Use Cases for SBTs?

SBTs, which would underpin the DeSoc ecosystem, could offer a wide range of use cases. For instance, universities could give SBT degrees to their graduates instead of NFT degrees. That is because NFTs can be traded online but SBTs can’t be sold or separated from their owners.

Another use case for SBTs can be in the Proof-of-Attendance (POAP) protocol, a mechanism that distributes crypto-badges to indicate a user has personally attended an event. POAP tokens are currently transferable, but their core use suggests they should have been non-transferable.

Eventually, a third use case would be within a DAO, which can airdrop SBTs among its loyal members. Since SBTs are not transferrable, governance power would remain widely distributed in the DAO, not allowing concentrated entities to buy the governance rights of others.

Buterin had also explored non-transferable NFTs earlier this year in a blog post. At the time, he argued that “there is also a large and underexplored design space of what non-transferable NFTs,” adding that achieving SBTs would open a door “to blockchains being at the center of ecosystems that are collaborative and fun, and not just about money.”

What do you think the future holds for SBTs? Let us know in the comments below.