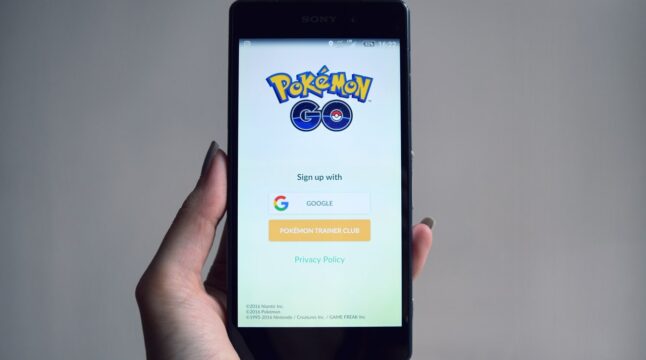 In Retrospect, Pokémon Go Was a Metaverse Project Already

Pokémon Go, which is now pivoting to create "Metaverse AR", was an early meta project before the popularity of the term.

Pokémon Go developer Niantic has secured a $300 million investment from Coatue, a global technology-focused investment manager. The investment, which values the company at $9 billion, will be used to further expand the company’s augmented reality (AR) capabilities and build out its vision for “the Real-World Metaverse.”

Niantic to Expand its Vision for Metaverse

Niantic, the provider of the AR platform behind Pokémon Go, aims to use the $300 million investment from Coatue to build out its vision for the “Real-World Metaverse,” expand its Lightship developer platform, and invest in current games and new apps. John Hanke, Niantic’s Founder and CEO, said:

“We’re building a future where the real world is overlaid with digital creations, entertainment and information, making it more magical, fun and informative. This will take a significant investment of talent, technology and imagination, and we’re thrilled that Coatue is on this journey with us.”

In early 2019, Niantic was valued at around $4 billion after it managed to raise $245 million in its Series C funding round. However, the company has recently launched its own fund, dubbed Niantic Ventures, which will invest $20 million into AR-focused companies.

Shedding more light on Niantic’s future plans, Matt Mazzeo, a General Partner at Coatue, said the company is “building a platform for AR based on a 3D map of the world that we believe will play a critical role in the next transition in computing.”

In late October, Niantic and Nintendo launched Pikmin Bloom, a spin-off game in the Pikmin series which encourages users to go for walks. By doing so, users can find Pikmin Seedlings and other expedition goods like fruit that can then be converted to “Coins”, the currency for the in-game shop.

Pokémon Go, an augmented reality game released in 2016, can be considered an early metaverse project, even before the term became a buzzword. The game uses mobile devices’ GPS to locate, capture, train, and battle their Pokémon, which appear around the player (on their phone screen).

The idea behind the game is to encourage people to travel around the real world and catch virtual creatures in the process. The fact that the game mixes the real world with the virtual world is called “augmented reality,” a field in which Pokémon Go pioneers.

According to Merriam-Webster dictionary definition, metaverse “refers to the concept of a highly immersive virtual world where people gather to socialize, play, and work.” Going by this description, it can be argued that Pokémon Go is an early version of the metaverse.

The game, which took the world by storm when released in 2016, has remained popular. Earlier this year, Pokémon Go surpassed $5 billion in lifetime revenue in five years, reaching a milestone that few mobile games even dream of.

Raking in $641.6 million in the first half of 2021, Pokémon Go persists to be the leader in the Geolocation AR games category globally. The game has been downloaded more than 640 million to date, with the US ranking as number one for downloads and accounting for the majority of the game’s revenue.

The Metaverse Race is On

Facebook, AKA Meta, was the first tech giant to express interest in the emerging metaverse space. As covered by The Tokenist, Facebook revealed in late September that it has allocated a $50 million fund to developing the metaverse. The social media giant also said that it expects the metaverse to arrive in the next 15 years.

One month later, Facebook changed its corporate name to “Meta,” further reflecting its serious intentions with regards to the metaverse. The company also hired 10,000 people in the EU to work on developing the metaverse, due to higher coding language literacy in Europe, as well as side-stepping US scrutiny.

Moreover, earlier this month, Microsoft announced Mesh, a mixed reality technology that will allow people in different physical locations to conduct meetings in the virtual world and appear as avatars — a gateway to the metaverse. In an accompanying video, Satya Nadella, CEO of Microsoft, said:

“The Metaverse enables us to embed computing into the real world and to embed the real world into computing. Bringing real presence to any digital space. What’s most important is that we are able to bring our humanity with us, and choose how we want to experience this world.”

Meanwhile, the recent increasing awareness around the metaverse has prompted a surge in the prices of metaverse tokens. Decentraland’s MANA, Sandbox’s SAND, and Enjin Coin stand among the top gainers.

Do you think Pokémon Go can be deemed an early metaverse project? Let us know in the comments below.