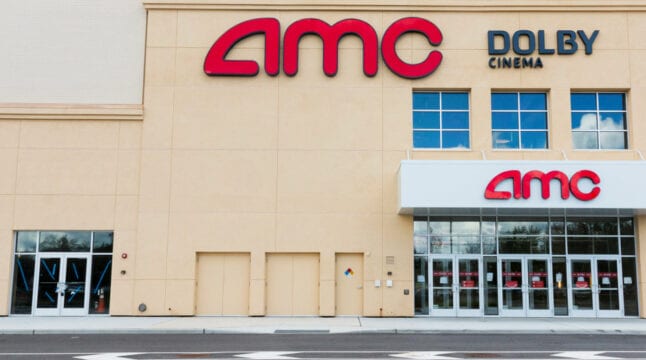 Adam Aron scraps his plan to sell 25 million shares of AMC, as retail is in the driver's seat.

Just a few months ago, AMC CEO Adam Aron leveraged retail traders to lead the company out of its ‘certain’ demise. After billions in raised capital, retail traders—self-proclaimed ‘apes’—have now seemingly signalled the limit to selling shares. The situation illustrates a major shift in finance, for perhaps the first time.

AMC Indebted in More Ways Than One

At the beginning of June, the Tokenist reported that 80% of AMC shares have come into the possession of retail investors. Of those, many share their extensive analysis in various subreddits. What they ultimately show is a reluctance to follow the more sophisticated fundamental analysis of companies, GameStop and AMC Entertainment in particular.

By going against the grain and historic valuations of these retail chains, the activity of retail traders been extremely painful for Wall Street short sellers, relieving them of $12 billion thus far. Hedge funds’ bets against AMC going down have catastrophically failed.

Retail traders have stepped in, finding and sharing evidence of naked short selling. Believing that many such positions are to yet be covered, retail investors have led AMC’s market cap to rise by 3,000% in less than half a year.

As a result, at the onset of business-wiping lockdowns, apes saved AMC from bankruptcy. From December 2020 to January 2021, AMC managed to raise $917 million in debt capital and equity by selling its highly-priced shares. Between April and June, AMC had raised another $1.246 billion via share sales.

Although the online #SaveAMC movement succeeded in its mission, the theater chain still holds a considerable debt of $5.5 billion. In an interview with Tremayne Collins in early June, AMC’s CEO Adam Aron noted several avenues that would lead AMC out of this crippling debt:

However, Aron’s latest push to raise capital by selling shares has now come to a halt due to the company’s strong relationship with retail traders. This itself is a novelty in the financial scene that merits further exploration.

If you can find it on CNBC, you won’t find it in Five Minute Finance. The weekly newsletter covering the important trends for retail investors.

AMC Will Not Sell 25 Million Shares

Befitting the apes’ stake in the company, the relationship between them and AMC CEO, Adam Aron, has never been stronger. He not only launched AMC Investor Connect for them, but they can receive a free large popcorn just for signing up. Furthermore, rarely does one see CEOs partaking in Zoom calls with their stakeholders without their pants on.

In an effort to shore up AMC’s future, Aron’s plan was to raise over $1 billion by authorizing 25 million more shares, adding on top of an already existing 513.33 million AMC shares. However, this increase can only be done by the majority of the stakeholders’ vote. As AMC Entertainment Holdings is incorporated within the state of Delaware, Aron would need at least 50% of outstanding voting stock to enact the share increase.

According to Aron’s own tweet, the data suggests that apes are not fans of such a move, leading to scrapping the plans for the year 2021.

It is apt that AMC derives income from delivering entertainment, because we have seen this dynamic between leadership and fans before. After the last Star Wars trilogy unfolded, few were satisfied with how it turned out. Moreover, many blamed the overt catering to the fanbase for how it turned out.

With apes, the invested interests are far more concrete. If they invested in AMC to power through the short squeeze, it wouldn’t be in their interest to vote for share offerings. At the same time, AMC has to deal with its sizeble debt and volatile external factors.

Nobody can yet tell what the full-extent of the year-long lockdown impact on consumer habits will be. Likewise, a harmful virus variant could derail the recovery prospects entirely, depending on how it is received. At such a time, a stock that is historically overvalued would be just the tool to deal with the uncertainties.

Simultaneously, a strong case could be made to do more with less, so as to not rely and abuse apes’ diamond hands.

Perhaps even more importantly, this particular situation depicts something we’ve yet to see in the world of traditional finance. We have a proven CEO, scrapping what he believes is the best path forward, for the support of retail investors. The financial realm appears to be changing, with retail at the forefront—perhaps for the very first time.

Join our Telegram group and never miss a breaking story.

What do you think about AMC’s decision to forgo selling 25 million AMC shares? We’d love to hear from you in the comments section below.