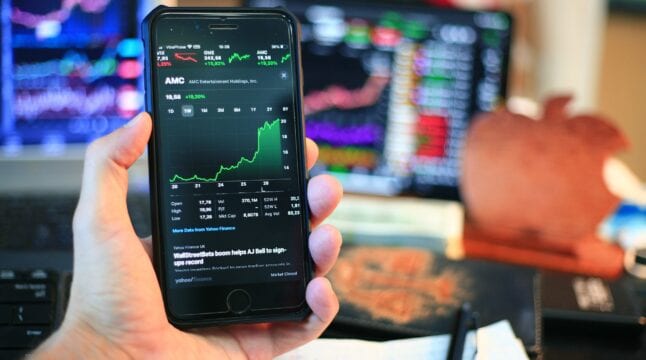 Short Sellers Ballooned AMC’s Market Cap by 3,000% In Under 6 Months

Summer may be coming, but hedge funds will start to sweat more due to short squeeze reckoning.

Warmer weather, vaccinations, and no mask mandates signal a return to normal from the “new normal.” This provides AMC with an opportunity for natural growth, exacerbating the market positions for existing short sellers.

It seems WallStreetBets investors may see a conclusion to their effort to hold onto both AMC and GME stocks sooner rather than later. While GameStop served as the initial starting point for the financial revolt against Wall Street’s short-selling venture, things are trending as if AMC will finish it. In recent weeks, Google’s interest over time trend shows that “AMC” has grown more popular worldwide compared to “GME”.

However, while it may seem that AMC is outperforming GME, the former is merely returning to its price point of $30 it had in Q1/Q2 of 2017.

As you can see, during 2017, AMC’s stock price began its steep decline. The novel MoviePass business model was the major culprit for it, as it caused turmoil in the entire movie industry. MoviePass only charged users $10 – $15 subscription per month to watch as many movies as they wanted. At the time, AMC entered panic mode, trying to legally block the service, describing it as:

“[monthly price of $9.95] over time will not provide sufficient revenue to operate quality theatres nor will it produce enough income to provide film makers with sufficient incentive to make great new movies.”

Fortunately for AMC, MoviePass’ business model was a dead-end. The company relied on spurring rapid growth, while not counting for people to maximally take advantage of the pass. As a result of this miscalculation, it over-burned cash, causing it to eventually go bankrupt in September of 2019. While MoviePass harangued AMC’s profits for two years, the real existential threat came soon after in 2020.

The government’s response to the pandemic almost destroyed AMC entirely. Left hanging by a thread, loyal fans and investors on WallStreetBets came to the rescue, with AMC hitching the short squeeze ride alongside GME as another brick-and-mortar chain in peril. The power of social networking via Reddit and other social platforms saved AMC from imminent bankruptcy thanks to a $506 million cash infusion from bought AMC shares in December.

After the Centers for Disease Control and Prevention (CDC) changed its mask policy in the middle of May, stating that vaccinated people should no longer wear masks, it marked the beginning of the end of the “new normal”. Taken at face value, the guideline would apply to 135 million Americans, or 40.7% of the country that had received vaccinations.

However, this shift in policy effectively abolishes the social distancing narrative enforced for over a year. While it is true that HIPAA privacy protections don’t extend to businesses asking for a vaccination status, implementing vaccine segregation in practice will be fraught with difficulties. In short, it will depend from state to state, from municipality to municipality, and from one theater to another.

In this vaccine-verification grey zone, AMC, Regal and Cinemark had already jumped at the opportunity to resume business operations as normal, announcing that mandatory masking will no longer be required for the vaccinated.

What is Next for AMC’s Short Squeeze Saga?

According to S3 Partners analysis, AMC short sellers lost at least $1.9 billion since January, having lost $1.3 billion last week. Incredibly, this is almost five times more than AMC’s market cap at the time, which was at $444 million. Thanks to the short squeeze, AMC’s market cap has ballooned to $14.22 billion, or by some 3,000%.

On May 21st, Ihor Dusaniwsky of S3 Partners, reported that AMC’s short interest is holding at $1.06 billion, with 84.74 million shares shorted. This has increased since to $1.23 billion, double the amount of GME, rating the AMC stock as 10 out of 10 for short squeeze.

However, it bears keeping in mind that short positions that are profitable are not likely to be squeezed. After all, traders would have incentives to keep such positions. In the specific case of AMC, the more pertinent factor is high mark-to-market loss (MTM).

MTM loss refers to the accounting difference between the asset’s entry and closing value. Regulatory bodies and hedge funds are well-aware of MTM losses when it comes to both AMC and GME. Two weeks ago, the Tokenist reported on a series of institutional moves in preparation to cover for AMC/GME short sellers’ massive drain of capital. In other words, multiple indicators point towards the MOASS as closer than ever before.

Have you held AMC/GME stocks from the beginning, or did you tap into them during price dips? Let us know in the comments below.