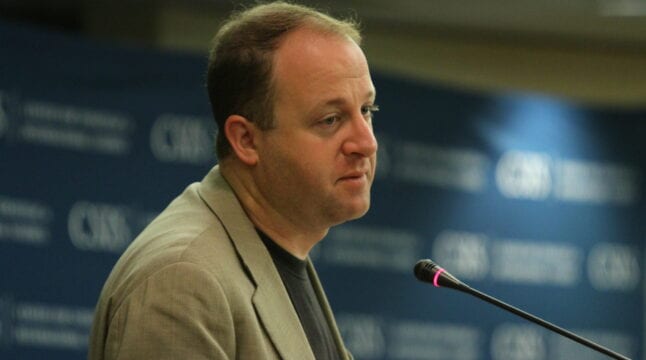 How MMT Plays a Major Role in the Taxation of Cryptocurrencies

If people were to start paying taxes in cryptos, the monetary house of cards would start crumbling.

How the federal government arrived to view the nature of money and debt will have a big impact on how it treats cryptocurrencies. So far, mortal threats are not on the horizon, with an important caveat to consider.

With over $5 trillion already spent on pandemic/lockdown relief packages, Biden’s proposed $6 trillion budget comes as a surprise. From the last fiscal year budget at $4.79 trillion, the new one represents a sharp 25% increase. To put that into perspective, the proposed budget would more than double the massive spike from 2008 to 2009 due to bank bailouts.

In other words, $6 trillion would make up 21% out of the current $28.3 trillion U.S. debt, accounting for all outstanding debt owed by the federal government. The biggest chunks of the ATH budget can be divided into three parts:

Most notably, those who earn over $1 million per household would see their capital gains tax rise from 23.8% to 43.4%, under which cryptocurrency investment falls. No doubt, the budget will undergo multiple revisions before it is enacted. However, what the federal government signals with it is that debt/deficit concerns are far behind in the rear-view mirror.

Has it Become Silly to Talk of National Debts and Deficits?

Michael Burry, the famous investor who made incredible sums of money from timely recognizing the 2008 Financial Crisis, had previously noted this trend of not worrying about debt. He called it “MMT-tinged policies”, referring to controversial Modern Monetary Theory that seems to have been unofficially adopted by key levers of monetary power.

Under the MMT economic worldview, debt is of no great concern because it is merely the money injected into the economy without getting taxed. Consequently, the Fed can increase the money supply as much as it needs to, which is exactly what has been occurring.

In other words, government spending is decoupled from raising taxes because when the government wants to spend money, it will just tap into the infinite money supply faucet. Accordingly, the classic comparison between household budgets and national budgets, that most people like to make, would be fallacious.

However, taxation still serves a critical function in the MMT framework – currency validation. By enforcing mandatory taxation with fiat money, this guarantees that the currency will be used for a wide range of purposes as well, instead of using Bitcoin (BTC) for example. Therefore, taxation makes the fiat money sovereign and MMT work, which leads us to news that might upset this balance.

A long-time fan of cryptocurrencies, Democrat Governor of Colorado, Jared Polis, made crypto news this week. At Coindesk’s Consensus 2021 virtual conference on Tuesday, he said he would like to make Colorado the first state where citizens can pay taxes in cryptocurrencies:

“I’d be thrilled to be the first state to let you pay your taxes in a variety of cryptos,”

He might just be serious about it. After all, Governor Polis was the first politician to accept BTC for campaign donations. The Tokenist also covered his progressive Digital Token Act signed in 2019. It made life much easier for DeFi teams to issue tokens for “consumptive purposes” i.e., utility tokens. The law made them exempt from securities status within the state, with a 180-day grace period.

If his latest blockchain-friendly initiative goes through, it would affect 5.7 million Colorado residents. However, given the prevailing MMT trend, it is more likely he has not yet received the memo on how the economy is run. A scenario in which cryptos would undermine sovereign currency is difficult to imagine.

Even if one state implements it, for central bankers, the danger would be in the high potential of its spread to other states. What is more likely to happen is an intensified crackdown on paying taxes on crypto investments, as the Australian Tax Office recently announced:

“While it appears that cryptocurrency operates in an anonymous digital world, we closely track where it interacts with the real world through data from banks, financial institutions, and cryptocurrency online exchanges to follow the money back to the taxpayer.”

As a member of the Five Eyes alliance, Australia is often viewed as a forefront incubator for American social and monetary policies. Also keep in mind that BlackRock, close confidante to the Fed, is now beginning to study crypto in a positive way for crypto holders. If this becomes the policy for the long-haul, cryptos might just be absorbed into the MMT framework as drainage collectors for excess fiat money – supporting it as hyper-inflation guardians but not to the extent of endangering its sovereign status.

Privacy coins like Monero (XMR) are the only way to make crypto transactions truly anonymous. Do you think this will cause them to be banned by default? Let us know in the comments below.