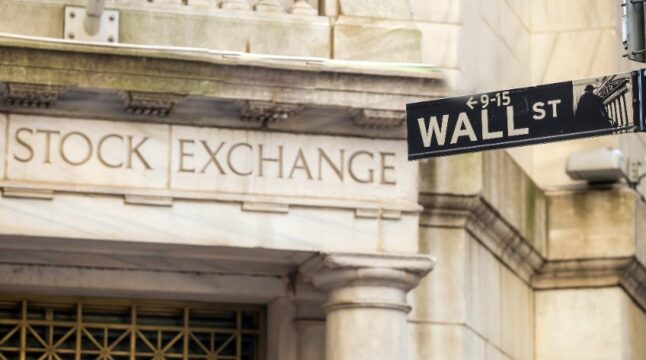 The U.S. and China have reached a landmark preliminary agreement that could prevent nearly 200 Chinese companies from being delisted from the U.S. stock exchanges.

The United States and China have come to a preliminary agreement to allow American officials to probe audit documents of U.S.-listed Chinese companies. The agreement could turn into a landmark deal that would eliminate the delisting risks faced by roughly 200 Chinese businesses trading on the U.S. stock exchanges.

Talks between Beijing and Washington continue to progress as the world’s two most powerful countries reach a preliminary agreement that may prevent hundreds of Chinese companies from being delisted in the U.S. Under the terms of the agreement, Public Company Accounting Oversight Board officials will gain access to audit documents of around 200 Chinese businesses that are listed in the U.S., according to statements by both countries’ regulators.

The preliminary agreement marks a crucial event and a big step towards resolving the decades-long dispute between Beijing and Washington over access to audit documents. In the statement, the regulators said U.S. inspectors are expected to start reviewing the audit documents by mid-September.

The standoff escalated further when the U.S. passed legislation two years ago to delist any U.S-listed foreign firm that does not provide access to its audit papers. Since then, only China and Hong Kong were the two states not to give access, citing national security concerns.

The new agreement represents a major U-turn from China, which has seen a significant economic slowdown this year. Gary Gensler, Chair of the Securities and Exchange Commission (SEC) said the deal “marks the first time we have received such detailed and specific commitments from China that they would allow PCAOB inspections and investigations meeting US standards.”

A Big Sigh of Relief for Chinese Investors

The preliminary deal between the U.S. and rapidly-evolving China comes just a week after three state-owned Chinese companies announced plans to delist from the New York Stock Exchange. In their announcement, PetroChina, China Life Insurance and China Petroleum & Chemical did not mention the audit dispute between the U.S. and China but rather cited the small trading volume of their shares in the U.S. as the primary reason behind their decision.

The agreement will also be a major relief for countless Chinese investors who have poured billions of dollars into local companies trading in the U.S. as now they stand a chance to retain access to the largest financial markets in the world. Almost 200 Chinese giants including Alibaba, JD.com, and NIO had been identified by U.S. regulators as companies that are facing delisting risks.

The Chinese securities regulator said delistings can be prevented if further collaboration between Beijing and Washington can satisfy both sides. Still, the preliminary agreement represents just the initial step, and audit reviews could take months before final decisions are made.

Do you think the preliminary agreement between the U.S. and China will materialize? Let us know in the comments below.