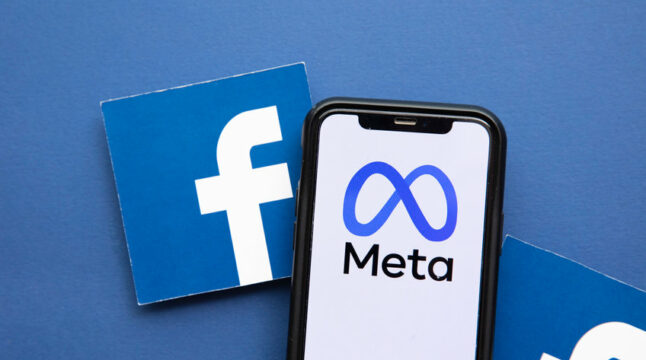 Has Facebook, AKA Meta, Abandoned Plans For Novi and Its Own Crypto?

Four ex-Meta employees have formed a new company named Mysten Labs. With Evan Cheng at the helm, the newly founded company aims to push Web 3 development forward, as outlined in their recent Medium post. Web 3, the integration of dApps with websites, is not without its critics, however Last week, Elon Musk referred to Web 3 as sounding like BS.

Despite its critics, Web 3 developments appear to be on the up, with many projects currently being developed and some that are already here. For instance, MetaMask’s wallet integrates with web browsers to link blockchain’s smart contracts with dApps. This flow of decentralized internet money can then link up with customizable social media spaces, as shown by Discord joining the Web 3 evolution. Then, we have metaverse-focused blockchain 3D games, playable within browsers and linkable with both wallets and social communication platforms.

Mysten Labs’ core objective is to remove these obstacles to speed up Web 3 adoption. The main tool to make it happen is to develop a decentralized web stack, for both the client and server sides, as well as creating a smart contract language that is highly resistant to exploits — which can lead to costly damages.

Mysten’s first project addresses the scalability issue, with something called Narwhal, a high-performance mempool. On a blockchain network like Bitcoin, a mempool (memory pool) is the transitory space holding node’s unconfirmed transactions. Standing by their stated goal, Mysten’s Narwhal is blockchain-agnostic, so it can be used cross-chain.

What Else Is Mysten Labs Up To?

Following the universalist thread in their efforts to lift Web 3 off the ground, Mysten Labs is looking at NFT programmability within the emerging Metaverse market. NFTs should be used across virtual spaces with equal functionality, even in environments they were not designed for, as highlighted in their Medium post.

“Regardless of where you slay that monstrous dragon with your trusty magic tungsten sword, its attributes and history will immediately be updated on the public ledger. We believe true asset self-sovereignty will be the foundation of economics in the Metaverse.”

Mysten Labs plans to launch a platform to develop NFTs such as these in 2022. Its ambitious goal is to scale storage horizontally and for it to be based on the Move programming language, with a large network throughput of hundreds of thousands of transactions per second (tps). For comparison, the current Ethereum alternative, Solana, has up to 65,000 tps.

Among many venture capitalist (VC) firms, one of the most prolific ones for the crypto space is Andreessen Horowitz, also dubbed as a16z. This June, the investment capital firm launched the $2.2 billion crypto-centric fund, the second fund after its first launched three years ago.

a16z not only made investments in Facebook’s Libra, but started its crypto journey by investing in Coinbase in 2013. Thanks to a16z’s efforts, Mysten Labs had raised $36 million in the first Series A funding round. Arianna Simpson, general partner at Andreessen Horowitz, links Mysten members’ previous expertise gained with Facebook as the key factor for the successful funding.

What Happened To Meta’s Libra/Diem/Novi?

Libra/Diem could have made Facebook’s 2.8 billion users into a global, super-state, monetary power. Both European and US regulators feared this would make Meta too powerful and prevented them from realizing this vision.

The latest iteration of Facebook’s crypto efforts was the launch of the Novi wallet for Diem. This too was a failure, as there is now no Diem in sight and the project’s developers are moving on. The Novi test-pilot launched in the US and Guatemala but only supported the Paxos stablecoin in partnership with Coinbase. Although Marcus suggested that Diem inclusion is on the table, it never materialized.

With David Marcus set to leave the company by the end of the year, along with Morgan Beller and Kevin Weil previously, Meta’s objective to create its own cryptocurrency appear to be dead in the water for now.

If Libra had launched on schedule, it likely would have become the largest currency on the planet. Do you think it was halted because CBDCs are to take its place? Let us know in the comments below.