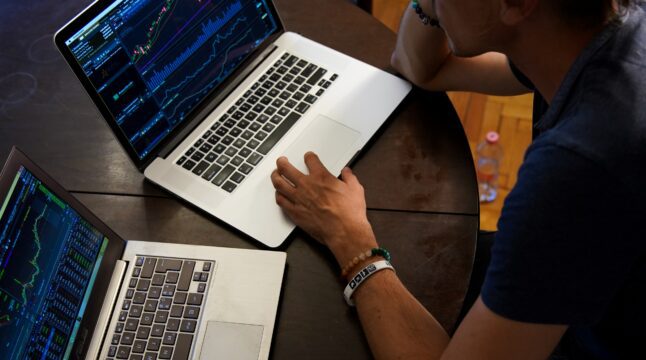 Although it may be tempting to immedietly open a long position when seeing a golden cross, caution is probably the best policy.

Technical analysts have spotted signs of an upcoming golden cross forming on Bitcoin’s chart. This cross has huge implications for Bitcoin’s immediate future, but it may be wise for retail traders to tread cautiously as there can be other contextual factors that need to be examined.

When looking at these two metrics in isolation, this becomes highly bullish news. However, before traders FOMO into long positions, there is a caveat to consider. The green line on this chart shows the 10-day moving average, which is set to cross both the 50-day average and the 200-day average, only this time it is traveling downwards.

Bitcoin has been encountering death crosses throughout the year, with several occurring through June and July. What makes this one is different is the 50-day moving average indicates more positive activity than on previous occasions.

While the falling of the 10-day moving average is worrisome, traders have been focusing more on the positive activity happening recently. This is because it can be easily attributed to the recent news cycle, with Breven Howard, the Virginia Public Pensions Fund, and other investment funds cementing their positions on Bitcoin and other digital assets from the start of the month.

When it comes to technical analysis, context is key. And so, to make reasonable predictions, we need to zoom out and examine past trends to better assure informed decisions are made about the future.

One important factor to note is not every golden cross automatically means a bull run will occur. For instance, the golden cross which formed just before March 2020 actually led to a death cross weeks later.

What this tells us is crosses are not absolute indicators of positive or negative activity. While they certainly can be a sign of good news (such as with the final golden cross marked on the chart) this is not always the case. In fact, if there is a quick succession of golden and death crosses, then it is likely to show nothing more than plain-old volatility.

These types of crosses are taken more seriously in the traditional markets, such as when TSLA experienced a death cross in July, but this is because they are less volatile than the digital asset markets. In crypto, this behavior is relatively commonplace and expected by retail traders, although it oftentimes does worry institutions.

This consistent switching between crosses could also indicate an accumulation phase, which is where traders consistently buy more assets spread over a period of time. Usually, accumulation phases are good news for the future, as they suggest people are increasing their positions in anticipation of something positive happening down the road. This is what happened in 2019 and 2020, leading to the highly potent golden cross being triggered just after May.

The same could be happening here, too. Bitcoin may currently be experiencing an accumulation phase. Death crosses were spotted earlier in the year, and considering how this golden cross is coming with a falling 10-day moving average, it suggests there will be no huge rally. However, it could indicate there will soon be a rise of some sort, which may be followed by a more potent golden cross in the months to come.

What do you think will happen to Bitcoin’s price when the cross takes place? Let us know in the comments below.