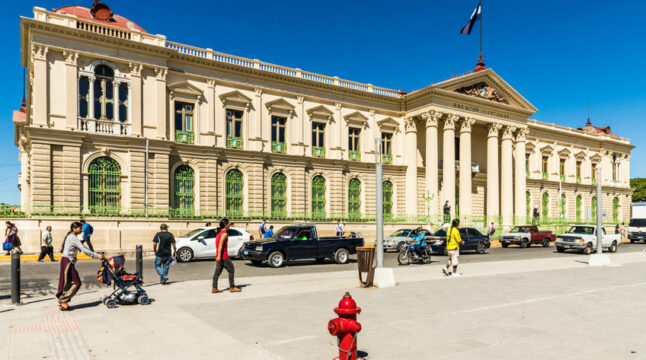 Last weekend, the El Salvadorian parliament approved a state of emergency that temporarily suspended parts of the constitution following renewed gang violence. El Salvador’s Police reported over 62 homicides on Saturday, making it the most violent day for the country in more than 30 years. However, more recent developments have put the total number of death at 80, leaving the populace and human rights activists alarmed.

In a few weeks, the recent killings have cast doubt over the proposed Bitcoin festival in San Salvador. The Salvadorian government sponsors the World Blockchain Festival, which is expected to hold between April 21st and 23rd. Part of the outlined activities includes a debate forum on blockchain technology, Bitcoin, and DeFi combined with recreational and commercial activities for attendees.

Human rights activists are concerned that the state of emergency declared would not help Salvadorians; instead, it would put them at risk. Tamara Taraciuk Broner, acting Americas director at Human Rights Watch, shared these sentiments. She said,

“The government of President Bukele should take serious and rights-respecting steps to address heinous gang violence in El Salvador. Instead of protecting Salvadorans, this broad state of emergency is a recipe for disaster that puts their rights at risk.”

The Legislative Assembly passed the bill suspending the rights to freedom of organization and assembly, and some due process protections, for 30 days.  Bukele requested the embargo in response to an increase in reported gang violence. However, following the decision, the administration made a series of declarations that jeopardized several human rights.

Consequently, this has brought about intense scrutiny on several policies embarked upon by the current administration. It is believed that  El Salvador has essentially no independent institutions left to monitor executive power. This follows the recent replacement of the attorney general with a Bukele ally and the dismissal of hundreds of judges and prosecutors.

Also, reports had suggested that Bukele had an unofficial pact with gang leaders, just like Presidents before him. This led to a drastic reduction in gang violence in El Salvador, notorious for its high murder rate. Investigations further revealed that the deal included benefits for jailed gang members and promises to reduce the murder rate ahead of the 2021 parliamentary elections.

However, it is suspected that the gang members may have reneged on their agreements leading to the escalation of violence. The gangs are now directly opposing the president by targeting the populace to promote fear and insecurity. The government has also taken an iron fist approach to stem the tide.

El Salvador, the first country to adopt bitcoin as legal tender, has continued its blazing trail regarding digital assets. The Central American country’s policies regarding BTC continue to divide opinion globally. Both sides of the argument have become increasingly vocal recently.

Despite the optimism from the crypto community regarding the innovative offering, traditional investors have expressed skepticism. Emerging fund market managers also believe the proposed annual coupon rate of 6.5% is below the prevailing rate of its overseas bonds. Together with the increasingly unorthodox direction of Bukele’s economic policy, this investor class continues to be uninterested.

On the flip side, some crypto enthusiasts believe in a conspiracy that the IMF is behind the renewed violence in El Salvador. Max Keiser, a bitcoin maximalist, made the claims when commenting on the wave of gang violence. He went on to say that it’s a “shame” that some Bitcoiners refuse to connect the dots and see the situation for what it is.

With both sides arguing the merits of their stance, Microstrategy’s CEO Micheal Saylor says the financial market is not ready for Bitcoin-backed bonds. He made the statement while receiving a loan from the crypto-friendly bank Silvergate to purchase more Bitcoin. The loan is backed by BTC in MicroStrategy’s reserve.

Saylor further reiterated that the market was not ready for a corporate-backed bitcoin bond, however, El Salvador’s approach could be viable. With that bit of endorsement and going by the precedent set by El Salvador, there would be no slowing down its Bitcoin activities.

Do you think the recent escalation of gang violence could hamper the government’s crypto ambitions? Let us know your thoughts in the comments below