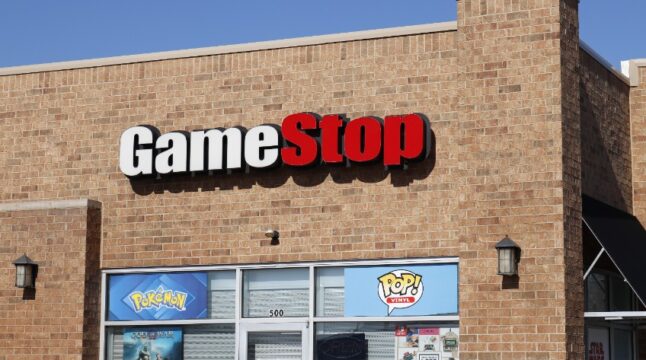 GameStop shares went down 8% on the reports that activist investor Carl Icahn is holding a short position against the stock.

GameStop’s shares are down over 8% Tuesday after Bloomberg reported that investor Carl Icahn holds a short position against the retailer’s shares. The report says Icahn first began shorting GME during the meme-stock frenzy in 2021 as he believes the company’s shares are not “trading on its fundamentals and will continue to fall.”

Icahn Started Shorting GameStop Near the Stock’s Peak in 2021

Shares of GameStop were in the red by more than 8% on Monday’s close after Bloomberg reported that activist investor Carl Icahn has been holding a short position against the video game retailer since the meme-stock frenzy. Citing sources familiar with the matter, the report stated that Icahn began adding to his short position against GME near the stock’s all-time high of $483 per share in 2021.

“The investor, who has added to his position from time to time, is betting that GameStop’s stock isn’t trading on its fundamentals and will continue to fall, the people said.”

The retailer’s shares are currently trading at $25.16 apiece, with its market cap down to $7.66 billion. GameStop’s stock is down over 34% this year amid a broader market downturn.

The reports of Icahn’s short position led to a “relatively measured” response on social media, including Reddit’s WallStreetBets forum, which was at the center of the meme-stock boom last year. GameStop became one of the so-called meme stocks when a group of retail traders poured their money into the likes of GME and AMC Entertainment to burn the funds of large money managers who were betting against these companies.

This resulted in numerous institutional investors and hedge funds sustaining heavy losses. One of those funds was Melvin Capital, which shut down earlier this year due to large-scale losses from its short bet against GME in 2021.

GameStop announced Monday that its crypto and non-fungible token (NFT) wallet is now available on the iOS app store. The retailer initially expanded the wallet to iOS after initially releasing it for Android devices and as a Chrome browser extension.

The move comes more than a week after GameStop cut its ties with the embattled crypto exchange FTX, which filed for bankruptcy earlier this month. GME had a pilot gift card marketing partnership with FTX.US and said it will be providing refunds to any affected users.

GameStop said at the start of the month that its long-awaited NFT marketplace crossed the $5 million trading volume milestone after seeing an unimpressive launch in July 2022. The stronger interest in GameStop’s NFT marketplace came despite the sharp downturn in the NFT market in Q3 2022.

What do you think about Icahn’s views that GME is not trading on its fundamentals? Let us know in the comments below.