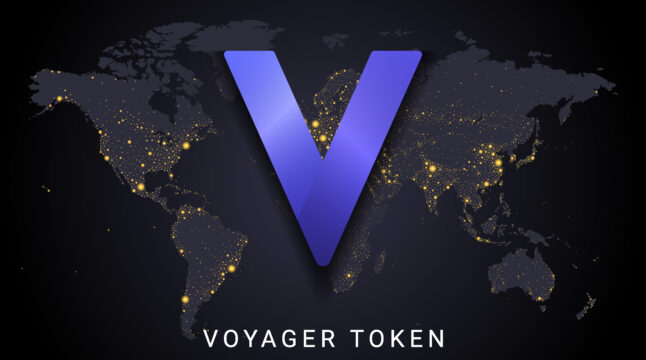 While Voyager called FTX’s earlier offer “not serious”, the company is now reportedly offering nearly $50 million for the bankrupt lender’s assets—second only to Binance’s offer.

On Tuesday, September 20th, it was reported that FTX and Binance are going head to head in the struggle to buy Voyager Digital. On the same day, the Twitter account of the bankrupt crypto lender’s creditor committee got suspended.

Binance and FTX Offer Around $50 Million For Voyager’s Assets

The crypto lender Voyager Digital was forced to file for bankruptcy in July in the aftermath of the Terra LUNA collapse earlier this year. Its bankruptcy became a real saga as the bid on its assets started approaching.

At one point in August, the company’s native token VGX skyrocketed after it was revealed that around 11 companies are interested in the auction. Notably, Coinbase backed out of the effort a bit earlier, but Binance and FTX—whose prior offer Voyager called “not serious”—remained in the race.

Today’s report revealed that Binance is in the lead having offered $50 million for Voyager. FTX is allegedly only slightly behind having offered a very similar amount. The bid for the bankrupt crypto lender began on September 13th and is expected to end on the 29th.

September 20th also found the Twitter account of Voyager’s Committee of Unsecured Creditors suspended. According to Jason Raznick of Benzinga, a prominent member of the committee, the law firm McDermott, Will & Emery is looking into the suspension:

I am aware that the @VoyagerUCC account is currently suspended. The professionals from McDermott are looking into it. Even though the account may not be live, we are still hard at work, trying to move this process forward.

The Committee of Unsecured Creditors has so far played a major role in the case of Voyager’s bankruptcy. It represents the main point of contact between the affected creditors, the court, and Voyager’s leadership.

Who do you think will win the bid for Voyager? Let us know in the comments below.