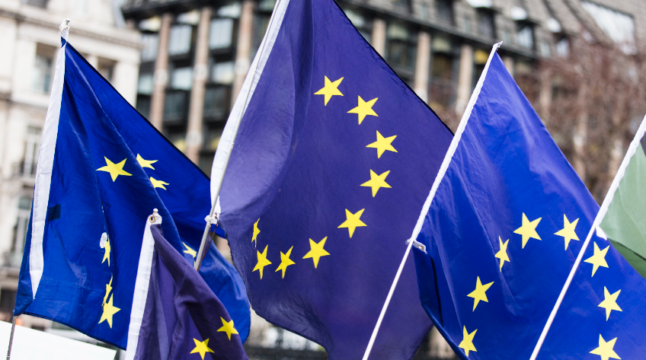 Inflation in the euro area hit a new all-time high of 10% in September, driven by colossal energy and food costs.

Inflation in the Eurozone surged to a new peak of 10% in September, marking the first time ever that inflation hit double digits in the region, according to Eurostat data. The new print came higher compared to consensus estimates of 9.7% in a Bloomberg survey of economists.

Euro area inflation jumped to 10% in September year-over-year, a new all-time high for the region, driven by rampant energy and food costs. The new reading was higher than analysts’ expectations of 9.7%, marking the fifth consecutive month inflation has exceeded estimates.

The new print represents a sharp jump from last month when inflation stood at 9.1% and the first time ever it hit double digits. Core inflation, which does not factor in volatile food and energy costs, also recorded a new all-time high of 4.8%.

“The next step still has to be big because we are still far away from rates that are consistent with 2% inflation. I would side with 75 basis points.”

Energy and food costs were once again the primary drivers of inflation, with policymakers expecting an even tougher couple of months ahead as Europe’s gas supply remains low since Russia’s invasion of Ukraine. As such, consumer prices are likely to surge even further in some countries, where recessions are almost inevitable.

While eurozone inflation reached a new peak, consumer prices remain sky-high on a global scale as well. However, it appears that the U.K. is going through a particularly bad financial crisis, which many believe the country’s own policymakers are responsible for.

Firstly, the U.K. introduced a relatively weak interest rate hike to tame raging inflationary pressures. To make things worse, the new prime minister Liz Truss introduced the largest tax cuts in 50 years to stimulate economic growth with no clear plan on how to pay for them.

The announcement caused havoc in the U.K. markets, pushing the pound to a record low against the US dollar and bond prices collapsing. To save what can be saved, the U.K. central bank said Wednesday it plans to print £65 billion ($70 billion) to buy government bonds between now and October 14 and protect the economy from Truss’ own growth plan.

Do you think that the US central bank has done the best job so far in terms of taming inflation? Let us know in the comments below.