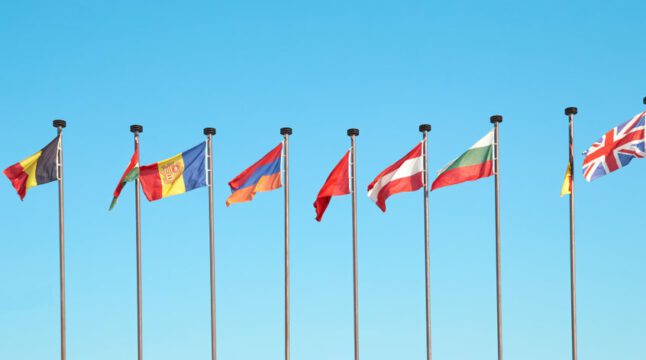 Relatively crypto-friendly regulatory frameworks in Europe has given rise to the world's largest cryptocurrency market.

Central, Northern, & Western Europe (CNWE) has become the largest cryptocurrency market in the world, a recent report by Chainalysis reveals. Institutional investors and whales have contributed the most to this rapid growth by investing heavily in decentralized finance (DeFi) protocols.

Central, Northern, & Western Europe (CNWE) has become the leading cryptocurrency economy in the world, after coming in second place last year. Data by Chainalysis reveals that the CNWE processed over $1 trillion worth of cryptocurrency transactions last year, accounting for around 25% of the global activity.

Starting in July 2020, CNWE’s transaction volume grew significantly across a slew of crypto-related services and firms, but particularly around DeFi protocols, driving growth further, even after retail activity had plateaued.

Institutional-sized transactions, those above $10 million worth of cryptocurrency, witnessed a spike starting in mid-2020. The total crypto transaction value increased from $1.4 billion at the time to $46.3 billion in June 2021, representing growth of over 33x over the course of 11 months.

Notably, the vast majority of crypto transactions went to DeFi protocols. That explains why the bulk of those large institutional transfers were made in Ethereum and wrapped Ethereum (wETH).

Moreover, the UK leads other CNWE nations in terms of crypto transactions volume by a wide margin, accounting for $170 billion. This comes as no surprise since, in mid-June, the UK’s Financial Conduct Authority (FCA) acknowledged that over 4% of the nation’s adults own cryptocurrencies.

France, which constituted around $120 billion of all transaction volume, ranks number two on the list. Germany, the Netherlands, and Switzerland are the other three that round out the top five.

Why is Crypto Adoption in Europe Soaring?

A number of factors could have contributed to the tremendous growth in crypto adoption in Europe. For one, the rising regulatory uncertainty in the US may have pushed several crypto firms to Europe, where there is much less scrutiny around the emerging market.

“In order to facilitate serious innovation, FINMA applies the existing provisions of financial market laws in a consistently technology-neutral way.”

FINMA added that it will make sure “that new technologies are not used to circumvent existing rules.” This suggests that Switzerland’s financial watchdog has no intention of scrutinizing digital assets, rather it aims to apply existing laws on cryptocurrencies to ensure there are investor protections.

Moreover, a report by Eurostat reveals that EU household investment rates were 8.7% in 2019. Due to the relative wealth of European countries compared to other regions in the world, such as Asia and Africa, more families in the European Union can allocate capital to investments, including those in crypto.

A new poll, which was conducted among 31,500 people in 12 EU countries, revealed the majority of respondents support the idea that financial regulations, including those related to cryptocurrencies, should be determined by their own governments rather than at the EU level.

In the Netherlands, 76% said their own government is better suited to regulating the financial sector than those in EU institutions.

A similar pattern was seen on the matter of regulating crypto-assets, with the majority preferring their own governments. Among them, Greece (51%), Italy (47%), and Estonia (46%) expressed the strongest support for the domestic regulation of cryptocurrencies.

Notably, Louisa Idel, Head of European Insights at Redfield & Wilton, has previously said there is very little interest in a digital euro:

“Our research finds little appetite for the creation of a centralised digital Euro. Many would even potentially interpret such a move as a power grab.”

The survey concludes that there are immense opportunities for countries that create a crypto-friendly regulatory framework but avoid stringent measures. It claims that EU policymakers: “would be wise to follow the path of creating a favorable legal and regulatory framework that allows stablecoins to operate smoothly. If the EU does not move first on this issue, others will.”

Do you think Europe will be successful in crafting a crypto-friendly regulatory framework for crypto? Let us know in the comments below.