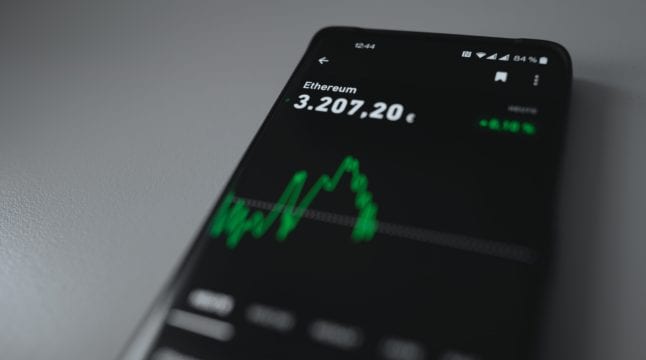 For a little over a year, the price of ETH has outperformed BTC by 329%, could this be the sign of an imminent “Flippening”?

The current bull run has mostly been thought of as starting around September 2020, as this was the time Bitcoin began to rapidly climb upwards, resulting in the surpassing of its 2017 all-time-high, late last year. However, even prior to this, the markets were experiencing a positive trend.

If we zoom out and compare charts over 16 months, ETH has significantly outperformed BTC in terms of percentage price gain by around 300%. This has left many asking if it is a sign of an upcoming “Flippening”.

ETH vs. BTC – Comparing the Charts

Let’s delve into BTC and ETH’s charts from January 2020 (16 months ago) so we can visualize this growth.

In comparison, here is ETH’s price chart (above) from the same timeframe, where it grew from $130.80 to $3,928. While this increase might at first seem deceptively lower than BTC’s, it is actually a 2903.05% growth. This means that ETH outperformed BTC by a staggering 329.30%.

There are two major driving forces behind this: Ethereum’s recent and upcoming upgrades, and the explosion of the DeFi industry. Ethereum 2.0 (codenamed Serenity) brings more scalability, security, environmental sustainability, and even deflationary economic practices.

Further, the flourishing DeFi market shows how functional and mature the Ethereum ecosystem is. For example, statistics from Glassnode reveal that smart contracts in DeFi hold more ETH than centralized exchanges.

Is the Flippening Around the Corner?

Ethereum’s astonishing outperformance of Bitcoin has gotten people talking about the possibility of a “Flippening”– an event where Ethereum surpasses Bitcoin in terms of becoming the superior blockchain. The Flippening represents the idea of Bitcoin being toppled as the unofficial leader of the crypto world.

Even after all these years, Bitcoin still serves as the most popular introduction to cryptocurrency, and it has reigned supreme in both price and market cap for the entirety of its existence. However, the industry has changed beyond recognition since its inception, and some could argue that Bitcoin is being left behind when it comes to technological advances.

This type of thinking leads to comparisons between Bitcoin and Ethereum in more than just price. But this can be tough as their intrinsic differences mean it is illogical to make direct comparisons; these two networks serve very different purposes.

Bitcoin is viewed nowadays as more of a store-of-value, frequently referred to as digital gold. This is quite different from Ethereum, which functions as an ecosystem with individual projects being built upon its blockchain.

In fact, all of Ethereum’s driving forces for growth relate directly to its ecosystem. Ethereum 2.0 makes it a more robust and appealing blockchain for developers, and its increase in DeFi projects represent its strength as a technological environment. People do not look to Bitcoin for this, but that is because the two are not rivals.

The Flippening is About More than Crypto

The Flippening has never been about replacing Bitcoin, more so, it represents a change in the way people view the market. The event would mark an explicit shift away from crypto as merely an asset class, towards a fully fledged industry. It would be a sign that the internet, as a whole, is changing.

A 2018 article from Gavin Wood, co-Founder of Ethereum, explores this idea, where he discusses how Ethereum could bring about the next wave of the internet—which he refers to as Web 3.0. This is the idea that people can interact with one-another in a decentralized and permissionless way, where people collaborate in mutually beneficial conditions. Internet monopolies would be robbed of their power as there would be no room for centralization.

In Gavin Wood’s own words:

“Web 3.0 will engender a new global digital economy, creating new business models and markets to go with them, busting platform monopolies like Google and Facebook, and giving rise to vast levels of bottom-up innovation. Cheap government attacks on our privacy and liberty like widespread data trawling, censorship and propaganda, will become more difficult.”

However, when Wood wrote his article, he was well aware that the technology was not mature enough to facilitate this, noting that there were “key components still missing or dysfunctional, with scalability still wanting, and many projects suffering from compatibility problems”. But Ethereum has changed a lot in the last three years, and these problems are rapidly getting solved.

The Flippening would be the most direct and straightforward representation that these issues have been overcome. It would signify that the infrastructure is in place for the future of the internet to take hold of us.

Although, keep in mind that there is no true measure of when this could happen. People look to price charts and market caps, but the Flippening is more than an economic concept, it is, arguably, an industry-wide shift, which would be indicative of a larger sociological shift.

Unfortunately, there is no hard or clear metric for analyzing something as complex and multifaceted as that. At what point would the Flippening take place? That’s very difficult to answer—but all signs somehow clearly suggest we’re getting closer.

Do you think ETH’s growth suggests a long term shift in the way the internet operates? Let us know in the comments!